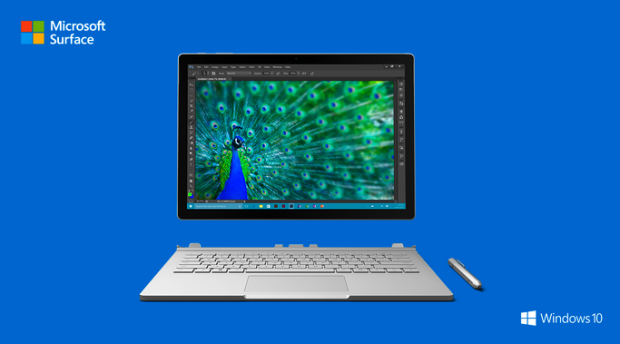 Microsoft has expanded its pre-order lineup of the Surface Book with a new 1TB option, but it’ll cost a pretty penny to get it. The new configuration comes as pre-orders reopen for the Surface Book, but orders placed today won’t ship in time for the Oct. 26 launch day.

The top-of-the-line 1TB Surface Book comes with 16GB RAM and a Core Intel i7 processor for a cool $3,199, $500 more than the fully tricked out 13-inch MacBook Pro, and the same price as the fully enhanced, much larger 15-inch option. The Surface Book does have a few more tricks up its sleeve than the MacBook Pro, including a touchscreen, removable keyboard and a 360-degree hinge, so the price difference isn’t without reason.

The 1TB option joins the lineup that starts at $1,499 for a 128GB Core i5 version. Microsoft isn’t offering many fine-grained customizations for its first laptop, like allowing for more RAM on its 128GB model, but most models look adequately powerful for the everyday user.

All six models are back up for pre-order now. Last week, the store wasn’t letting customers place orders, but other sites like Amazon were still offering the Surface Book. However, the 1TB “Ships by” date isn’t until Jan. 22 of next year. Other models are shipping in five to eight weeks, so you probably won’t be getting one on the Oct. 26 launch day if you haven’t already pre-ordered.