It’s going to get a lot easier to pick up your favorite coffee beverage at your local Starbucks store, using your smartphone to order ahead.

The Seattle coffee retailer said today in the company’s third-quarter earnings call that it will expand its Mobile Order & Pay service to all U.S. company-owned stores by this holiday season. It is all part of an acceleration of the 7-month-old service, one that the company said is exceeding expectations on nearly level, from new customers in stores to number of mobile orders.

“Mobile Order & Pay is enabling us to serve more customers, more quickly and efficiently and significantly reduce attrition off the line,” said Starbucks CEO Howard Schultz, adding that the service is “fueling both revenue and profit growth in every market in which it has been deployed.”

By enabling our customers to order ahead and avoid waiting in line, Mobile Order & Pay is enabling us to capture more on-the-go customer occasions. 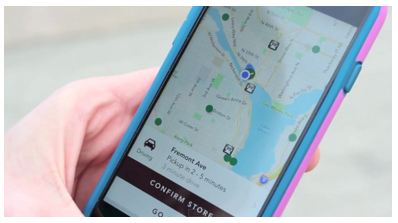 “By enabling our customers to order ahead and avoid waiting in line, Mobile Order & Pay is enabling us to capture more on-the-go customer occasions, and the data is clear: In those stores where Mobile Order & Pay has been deployed — lines are shorter, service is faster and in-store operations are more efficient,” said Schultz.

The service started in Portland late last year at 150 stores, expanding to all 650 company-owned stores across the Pacific Northwest in March.

Schultz said that the mobile order-ahead service had a “powerful, positive impact” on business in Seattle and Portland, leading the company to expand it to more than 4,000 stores in the U.S. in recent weeks. As of the close of the last quarter, the company operated 8,582 company-owned stores in the Americas region.

Schultz said that it plans to offer an Android version for Mobile Order & Pay in the coming months, as well as expand the program internationally. He called the service still in “the beta mode.”  It is also looking more aggressively at its “express store” concept — smaller retail footprints — where customers can quickly pick up a beverage or bite to eat on the go.

Starbucks also is putting more horsepower behind delivery, saying there is “huge demand” to deliver Starbucks products to your home or business. It plans to pilot delivery systems in New York’s Empire State Building and in parts of Seattle by this holiday.

The company — which posted 18 percent revenue growth to $4.9 billion in the quarter— now boasts 22,519 stores worldwide. Schultz called the company’s growth and traffic “unprecedented given our scale.”

Here’s a look at what happened when team GeekWire gave the new mobile ordering system a try at a Starbucks in the Fremont neighborhood of Seattle.