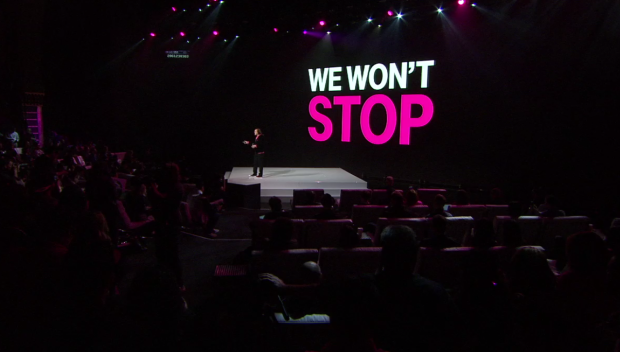 T-Mobile unveiled yet another Un-carrier move on Tuesday, this time making it free to stream video over a 4G LTE connection in a promotion it’s calling “Binge On.”

The news will be a big deal for many customers who restrain themselves from streaming video on their mobile devices whenever they’re outside of Wi-Fi. Services like Netflix and HBOGo are notoriously big data users, and can burn through a 2 GB bucket in a hurry. 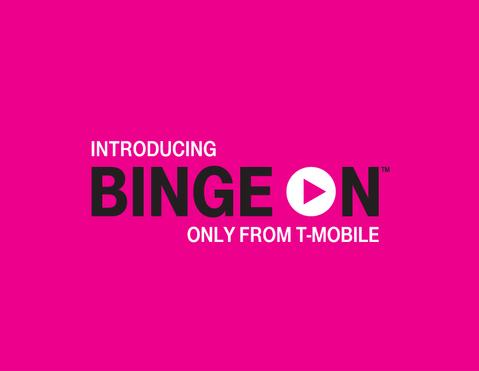 T-Mobile will be rolling out the technology to all customers over the next couple of weeks.

Binge watchers will be able to turn on and off the optimized streaming mode. When it’s on, those who pay for at least 3 GB of data won’t have to worry about how much data they’re burning. T-Mobile will identify data usage from 24 different video apps — including Netflix, HBOGo, Hulu and Sling TV — and will turn off the meter so that usage doesn’t count against data allowances.

The promotion will sound familiar to T-Mobile customers, as the company has offered a similar perk for some music streaming apps for over a year.

Issues surrounding net neutrality came up almost immediately after the announcement, when audience members lobbed questions at T-Mobile executives during the Q&A portion of the event. They asked if regulators will have a problem with the company essentially offering preferential treatment to certain types of online data.

Legere argues it’s not about preferential treatment for some service providers, but instead T-Mobile is giving customers more choices — which is what net neutrality is all about. He added that no content providers are paying the carrier to be part of the Binge On program, and anyone can join if they meet T-Mobile’s technical requirements.

“I think this will not only not be a problem, I think it’s going to be an example of the kinds of things that advance the cause,” Legere said.

That debate certainly isn’t over yet, as the discussion is just now starting to take hold.

Investors will be another group T-Mobile will have to convince. The company is about to start giving away massive amounts of data usage, which could put a strain on its network and push some customers to buy smaller plans since they know they won’t use as much.

But Legere says they’ve done the math, and they know this will end up being a good thing for everyone.

“Trust me,” Legere said. “All kidding aside, when I come up here and make a huge announcement, there’s a business case associated that makes huge economic sense. In this case, this is a gigantic positive, not just for customers but for shareholders.”

The announcement was part of the company’s “Un-carrier X” event in Los Angeles on Tuesday, which it dubbed “Data Day.”

T-Mobile also announced changes in plans for business customers, and that it will double data limits across all T-Mobile’s plans. So the Simple Choice plans that used to offer 1 GB, 3 GB and 5 GB per line will now be capped at 2 GB, 6 GB and 10 GB.