In a city like Seattle, with its high density and geographically limited infrastructure, owning a car comes with a unique set of challenges. That struggle inspired Seattle entrepreneur Ian Maddox to come up with an alternative.

In early 2015 he launched Joule, which he describes as “vehicles as a service.” That service allows subscribers to lease a variety of cars (from Toyota to Tesla) without any time limit. When the car needs maintenance it can be exchanged for another rental.

“I‘ve been fascinated by the problems of traffic and car ownership ever since moving to Seattle in 1999,” said Maddox. “A decade later, I was introduced to the idea of an airplane fractional ownership and realized that a similar model could work for cars after some tinkering.”

We caught up with Maddox for this installment of Startup Spotlight, a regular GeekWire feature.

Explain what you do so our parents can understand it: “Joule offers all the convenience of car ownership with none of the hassle. Roadside assistance, maintenance, and car swapping are all included!”

Inspiration hit us when: “My wife was going to be late to an event because she was stuck at the car dealership waiting to get a problem fixed for the third time. I knew there had to be a better way. Our vehicles are supposed to work for us, and yet we are so often at the mercy of these complex and somewhat delicate machines. I decided to bring the the low-hassle experience of a car share to people who require full-time access to their vehicles.”

VC, Angel or Bootstrap: “Joule is bootstrapping our early pilot and actively seeking funding to close our seed round. Initial customer response has been so great that we’ve been able to avoid outside funding, but growing beyond the current stage will require capital infusion.” 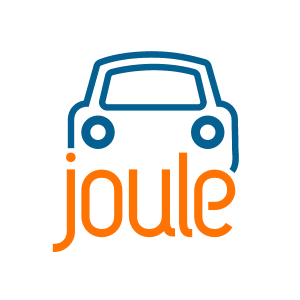 Our ‘secret sauce’ is: “Our team. I have pulled together a group of people with complementary skill sets who are all passionate about revolutionizing transportation and car ownership. When the people you work with are as passionate about the concept as you are, the day goes faster, the work is easier, and you leave the office happy.”

The smartest move we’ve made so far: Bringing on two advisors as VP of Fleet. While all of the co-founders are passionate about changing transportation, we benefit from their decades of dealership and service center management experience.”

The biggest mistake we’ve made so far: “We had the opportunity to enter a well-known pitch contest which I mis-identified as a marketing opportunity and delegated to an intern. The feedback from the application review committee was appropriately harsh and we lost that opportunity. It was a very humbling moment and made me realize that as CEO, my name is attached to everything Joule does, and I need to at least put my eyes on everything public facing.”

Would you rather have Gates, Zuckerberg or Bezos in your corner: “We’d pick Bezos; he has great vision and a drive for customer satisfaction.”

Our favorite team-building activity is: “We have a weekly offsite lunch with the whole team. Whether we are brainstorming over burgers and shakes or having a little friendly competition over an air hockey table, some of our best ideas and problem solving happens when we step out of the confines of the office and relax a little.”

The biggest thing we look for when hiring is: “Culture fit. You can hire the brightest, most skilled people, but if they aren’t passionate about what we’re doing as a team, it’s not going to work. A lot of great work can be slowed or even undone by poor corporate culture.”

What’s the one piece of advice you’d give to other entrepreneurs just starting out: “Do your research, make a model, make a plan, and make sure your plan includes decision points where you consciously plan to evolve or pull the plug based on what you’ve learned.”