Groupon announced two major executive changes this morning, both having to do with former Amazon executives.

Groupon CFO Jason Child, who has been working at the daily deals company for five years, has stepped down. In a statement, the Chicago-based company was only willing to say that he would be relocating to the West Coast, but Re/Code reports that he will be joining Jawbone next month.

Child was criticized in Groupon’s early days for its unorthodox financial reporting in the run-up to its massive IPO. Groupon ultimately revised some results and changed the way it reported results after facing pressure from regulators.

“Jason has done a tremendous job of helping lead Groupon through one of the most explosive periods of growth any company has ever experienced,” Groupon CEO Eric Lefkofsky said, in a statement. “We wish him the very best in his next venture.” 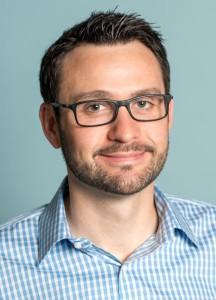 As part of the announcement, Groupon also promoted Rich Williams to the position of COO to oversee its global businesses and operations. Williams currently serves as Groupon’s President of North America, and will continue in that capacity while adding international responsibilities.

Prior to joining Groupon in 2011, Williams he held roles at Amazon and Experian. Child also previously worked at Amazon, where he was VP of finance and International CFO.

Groupon has lost a number of high-level executives in recent years. Last year, former Seattle entrepreneur Jeff Holden left Groupon to be chief product officer at Uber and Kal Raman, Groupon’s former COO, joined SolutionStar in November. Groupon has a sizable West Coast presence, including offices in Seattle and San Jose. A year ago, the company said it was on track to have 270 employees in downtown Seattle.