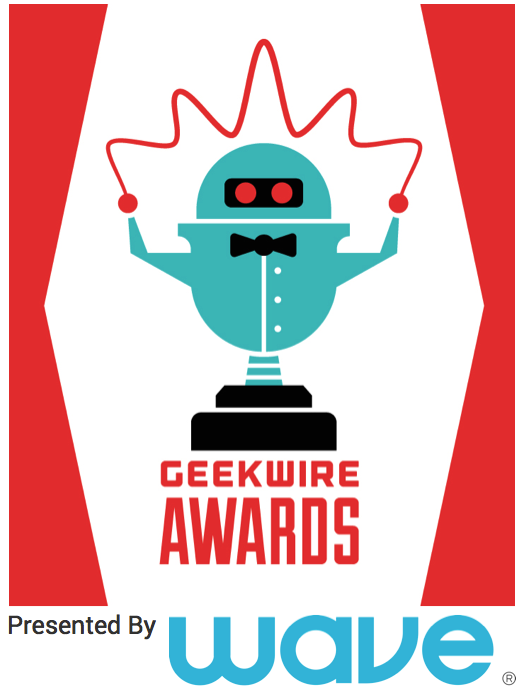 There are tons of tech companies and groups setting up shop in the Seattle area these days. Tech giants from Silicon Valley and elsewhere have established more than 50 engineering offices in the region, and there’s been a boom in co-working facilities, incubators, and other startup spaces.

Our next GeekWire Awards category is new to the event this year, and it was created with these types of companies in mind: Newcomer of the Year. Today we’re unveiling the finalists in this category — Alibaba, Dropbox, Cambia Grove, Galvanize and SpaceX — and giving you a chance to vote to determine the winner.

A big thanks to category sponsor First Tech Federal Credit Union for making this award possible.

If you’re just tuning in, over the past few weeks, GeekWire collected hundreds of nominations from the community in 13 categories, ranging from Young Entrepreneur of Year to Next Tech Titan to Geekiest Office Space. In conjunction with our judging panel, we then sifted through the nominations to come up with five finalists in each category.

Over the next two weeks, we will open voting in each of 13 categories, with GeekWire readers choosing their top picks. All of the winners will be revealed at the GeekWire Awards — presented by Wave Broadband — on May 7. Now in its seventh year, the event is a giant party that celebrates innovation and the entrepreneurial spirit in the Pacific Northwest. Tickets are available here or below.

Alibaba: The Chinese e-commerce giant made its blockbuster debut on the New York Stock Exchange last year, and the company didn’t waste much time at all in establishing a new engineering operation in downtown Seattle — within poaching distance of Amazon’s headquarters.

Dr. Jian Wang, the company’s chief technology officer, is a former Microsoft Research executive who was struck by the rise of the Seattle tech community when he visited the region in January of last year. Alibaba already had a San Francisco office, and Wang told GeekWire at the time that he hadn’t been considering opening a Seattle engineering office. But that visit ultimately changed his mind.  “This is in the north part of the coast, and San Francisco is in the south,” he said. “Just like Beijing and Hangzhou.”

Cambia Grove: Cambia Health Solutions, the parent company of Regence and other health-care companies, opened the new 9,000-square-foot “Cambia Grove” health care innovation center in downtown Seattle in March — aiming to connect startups and entrepreneurs with leaders in health care, business and government, with the goal of finding new approaches to some of the biggest challenges in the industry.

The idea is to break down the silos between startups coming into healthcare for the first time and established players in the market.

“The longer-term goal is to make Seattle a known healthcare cluster,” said Nicole Bell, executive director at Cambia Grove. “This is how we believe we can start.”

Dropbox: The cloud storage giant unveiled plans for its new Seattle engineering office in December of last year, joining a wave of Bay Area companies to set up development shops in the Seattle region. The expansion is notable in part because it solidifies the Seattle region’s position as a major hub for cloud computing.

Aditya Agarwal, Dropbox vice president of engineering, says Seattle will become one of “three pillars” of the Dropbox engineering operations in the U.S., along with New York and San Francisco.

Galvanize: This Denver-based company is coming into Seattle in a big way, leasing the entire five-story, 71,000 square-foot building at 111 S. Jackson St., in the Pioneer Square neighborhood.

Galvanize, which has four other campuses — two in Denver, one in Boulder, another in San Francisco — offers office space for entrepreneurs, a full software development education program called gSchool, and access to investors via its Galvanize Ventures program.

SpaceX: This was by far the most dramatic entrance by a newcomer during the past year, with SpaceX CEO Elon Musk slipping into town to unveil the company’s plans for a new Seattle-area engineering office (in Redmond) during a private event at Seattle Center.

The idea is to create an entirely new satellite Internet network, developed in the Seattle-area office. But that’s just the beginning. Revealing his grand vision, Musk explained that the funds and technology from the Space X satellite Internet venture will ultimately be used to colonize Mars.

Don’t forget to grab your tickets for the GeekWire Awards. This event usually sells out. And this year, things will be especially geeky as we open up the amazing Star Wars costume exhibit at EMP to all GeekWire Awards guests. What better way to get your geek on than go face-to-face with Chewbacca!