In addition, publishers will be able to embed Facebook videos on their site thanks to a new plugin that will give Facebook users the ability to comment on videos hosted through the social network anywhere on the web. The company also announced new versions of its software development kits for iOS and Android to streamline apps using its login and sharing tools. 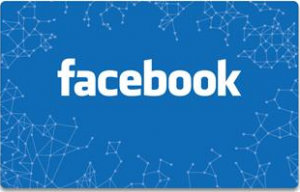 Parse, the development platform that Facebook acquired in 2013, picked up a bunch of new features, including a bundle of features targeted at the Internet of Things. Parse now offers software development kits for the Arduino Yun microcontroller board and the Embedded C programming language.

Developers looking for a better way to understand how people use their apps, Facebook is rolling out its own analytics service. Much like other services provided by Apple, Yahoo and Google, developers will be able to use Facebook’s analytics tools to track users from when they install an app (perhaps from one of Facebook’s lucrative app install ads) through their entire use cycle.

LiveRail, the advertising company that Facebook acquired last year, has expanded its offerings past just video ads to serve as a mobile ad network specializing in display advertising. That means mobile developers using LiveRail will be able to monetize their apps through the service’s video ads and display advertisements powered by Facebook’s Audience Network targeting technology.

The company also doubled down on its commitment to platform stability, saying that it will continue to fix 90 percent of all bugs within 30 days of their submission – even those that are relatively minor. That comes after the company committed last year to fix most major bugs within 48 hours after developers mentioned their existence.

All of this comes on top of the company’s announcement that is opening up Messenger as a platform for developers. That functionality allows developers to build apps that share content through Messenger, and will give online retailers the ability to communicated with their customers through the company’s messaging service.