SAN FRANCISCO — As expected, Facebook is opening up its Messenger app to developers and other partners to expand its reach with a new Messenger Platform.

Facebook founder and CEO Mark Zuckerberg said today at his company’s F8 developer conference that developers will be able to use the new platform to build apps for Messenger, which has more than 600 million monthly users.

Developers can use a software development kit to integrate their app with Messenger so users can share content to their friends with the press of a button. People tap on a button inside the Messenger app, and they can then install or switch to apps that are capable of integrating with Messenger. Once they pick out a piece of content to share, users can then hit a button and insert it into the conversation. 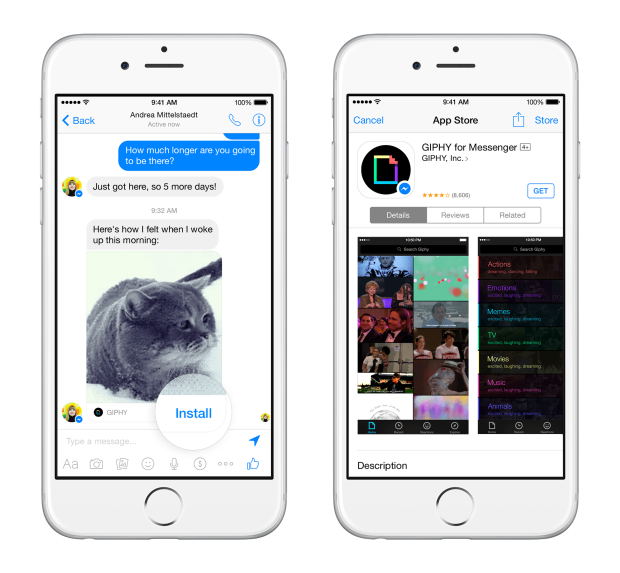 Facebook also today unveiled Businesses on Messenger, a way for e-commerce sites to to communicate with customers directly within the app. For example, when people finish their checkout at a participating online retailer, they’ll be given the option to link their purchase to Messenger. That will open up a conversation with the retailer through Facebook, where they can change their order, track the package, and even order new items.

“We’re re-introducing personal back into shopping online and on mobile,” David Marcus, the vice president of messaging at Facebook, told the audience. 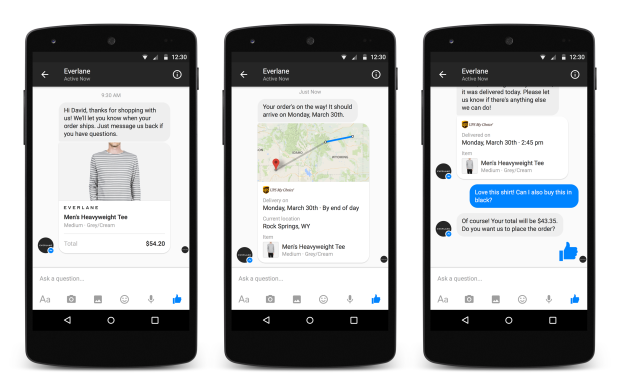 The messages will show up in the Messenger window alongside Facebook users’ conversations with their friends. They include information like photos of the item users purchased and tracking data about their package. Businesses on Messenger will be launching in a few weeks on Everlane and Seattle-based Zulily. All of the customer service aspects of the service will be handled by Zendesk.

Facebook has more plans for Messenger in the future, but wanted to start small with these first few integrations. The move puts it in closer competition with Line and other messaging apps that also offer platform capabilities. Expanding what’s possible with Messenger may help attract more users to the service, as Facebook continues to try and expand its reach.