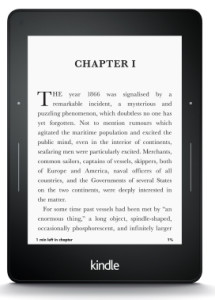 A European high court has ruled against France and Luxembourg, saying that the two countries cannot charge lower value-added tax rates for e-books because they are “services,” not books.

France and Luxembourg wanted to impose tax rates of 5.5 and 3 percent respectively on those items, but because the books are an “electronically provided service” and not physical, they aren’t covered under the exemption in EU rules that allows countries to charge lower tax rates on books. That’s bad news for Amazon, Apple and other e-book sellers, since it could significantly increase the price of digital texts.

According to data from the European Commission, the majority of EU member states have VAT rates between 18 and 25 percent. But paper books usually face tax rates between 0 and 10 percent, with a few exceptions.

The ruling is yet another roadblock in Amazon’s plan to sell e-books at bargain basement prices. The company originally used its base of operations in Luxembourg to argue that it should only have to charge 3 percent VAT on e-books across Europe, but a recent change to European law required the company to charge customers taxes according to where they live.