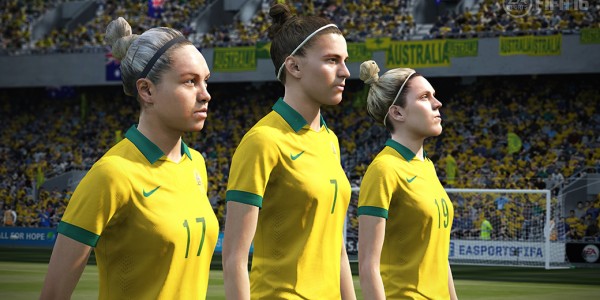 Due to conflicts between EA Sports and the NCAA, 13 players have been removed from the upcoming game FIFA 16.

The problem arose when the NCAA said that the women might not be eligible to play if they were included in the game. EA disagreed, but removed the players to ensure that they would be allowed to pursue their college athletic careers.

“All rights were secured following standard protocol with national governing bodies and federations, and none of these NCAA student-athletes or potential student athletes were to be individually compensated by EA Sports for their inclusion in the game,” EA said in a statement. “We believe this decision denies these 13 athletes the opportunity to represent their countries in the game, but we have removed them from FIFA 16 to ensure there is no risk to their eligibility.”

The teams affected by the change are Canada, Mexico, and Spain. FIFA 16 is the first of the FIFA series to feature women’s national teams as part of the game. Australian NT member Steph Catley will also be featured on the Australian cover of the game. The other women’s teams included are Brazil, China, England, France, Germany, Italy, Sweden, and the U.S.

This news comes as FIFA 16 is nearing its release date of September 22. Despite the short notice, they have been removed completely from the disc that will ship next week.

This isn’t the first time that the NCAA has had a conflict with EA Sports, and it sheds some light on the previous clash over paying athletes. Earlier this year college football players received a settlement from EA and the NCAA over not being paid for their appearances in the NCAA Football series. As professional athletes do get compensated for their appearances in the EA Sports series, it seems that the NCAA wants to avoid having to compensate the soccer players based on their EA Sports appearances as well.

The athletes who will be removed from the game are as follows: