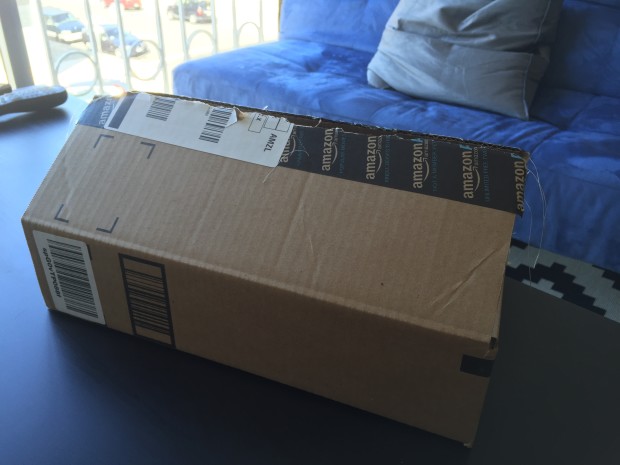 SAN FRANCISCO — Most people who order items from Amazon receive their packages from UPS, the U.S. Postal Service or another delivery service.

But today my delivery came straight from Amazon itself — giving me a first-hand glimpse of the company’s delivery experiment in the San Francisco Bay Area. 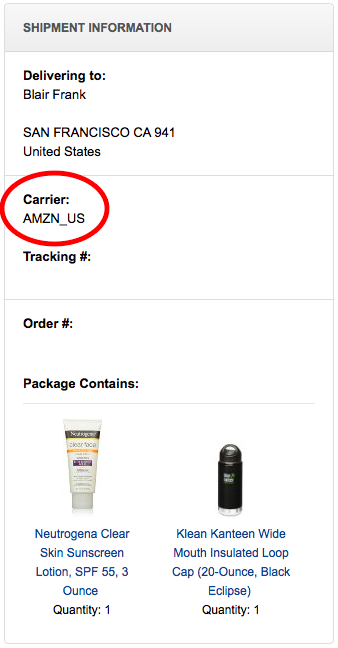 Rumors surfaced last year that the Seattle-based retail titan was testing direct deliveries in San Francisco, but this is the first time I’ve experienced one, and clear evidence that the company is still experimenting with operating its own delivery service.

The order itself wasn’t anything special (an insulated water bottle and tube of sunscreen, if you have to know), but its method of delivery was somewhat unusual.A delivery driver buzzed the front door at my San Francisco apartment a little before noon today, and I let him in, much like any package I get delivered. I live in a third floor walk-up, so rushed drivers usually drop whatever package they have for me right inside the entrance to my (small) building, and run back out to their waiting truck.

I was expecting to make the trip down the few flights of stairs to the ground floor before running back up to finish an article I was working on. Instead, I unexpectedly met the delivery man as he was coming up the flight of stairs outside my front door. He was in his late forties to mid-fifties with light grey hair and a dark grey polo shirt with a white Amazon “a” and one of the company’s trademark arrows underneath it in green.

“Are you Blair Frank?” he asked, holding the package up through the railing. “It’s Amazon.”

I thanked him for the package as I reached down to the midpoint between our two landings, and headed back into my apartment. I cracked it open at the coffee table in my living room while watching him climb back into an unmarked white van across the street and drive off to what I can only assume are more deliveries.

It wasn’t until I was in the middle of opening my box that everything fell into place for me: Amazon had just delivered my package directly rather than hand it off to a third-party service. Sure enough, I checked my order status page, and the package carrier was listed as “AMZN_US” rather than one of the company’s usual choices.

The experience was an interesting mix of secrecy and openness. The driver certainly didn’t hide that he was working for Amazon, and the company didn’t seem particularly interested in disguising its role in my delivery either. But the van he drove had no identifying markings, and the package I received doesn’t seem any different from a usual package the retail giant sends.

This was easily the most courteous and friendly package delivery I have ever received in San Francisco. That, in and of itself, shows one of the advantages of Amazon operating its own delivery service.
If I hadn’t been around to receive the package, there’s no way I would have known that the delivery was handled by Amazon. It’s an interesting move for the company, especially since it even contracts with an outside service for same-day delivery in San Francisco.

This was easily the most courteous and friendly package delivery I have ever received in San Francisco. That, in and of itself, shows one of the advantages of Amazon operating its own delivery program – the company can push for better customer service from its drivers rather than rely on people who will literally throw packages at the front doors of their recipients, like the courier who delivered an Amazon package to my parents.

Plus, operating its own delivery service has other advantages: it gives Amazon full control over when items are delivered, and means that the company will have possession of an item that’s ordered from the minute it’s picked from a fulfillment center to the minute it gets dropped off at a customer’s house. It’s a far cry from having to rely on shipping companies that face delays during peak shopping seasons.

A representative for Amazon did not respond to a request for comment on this report.