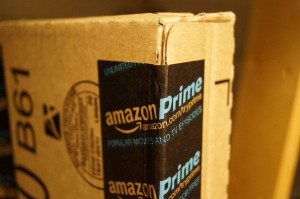 Amazon is investigating the possibility of using its own trucks to transport packages to users, according to a report today from the Wall Street Journal. The company is testing its own “last mile” delivery system in San Francisco as a means of streamlining its shipping pipeline to users.

The new service could let Amazon consistently deliver packages to users the same day they’re purchased, as well as let the company dictate its own delivery schedule, including night and weekend package drop-off. That could help further drive purchases from consumers who might otherwise turn to physical retail outlets in order to get items quickly.  With a continually expanding customer base and demand, Amazon is outgrowing the services it can get from traditional companies like UPS.

“Last Mile is the solution to this,” the company said in a recent job posting. “It is a program which is going to revolutionize how shipments are delivered to millions of customers.”

According to the report, Amazon is using delivery trucks from Amazon Fresh, its grocery service, to test the service in San Francisco, and soon plans to open a facility on Treasure Island in the San Francisco Bay to host its shipping service.

Running its own delivery business makes sense for the Seattle-based online retail giant, especially in light of issues the company has had with third-party delivery companies like UPS during its busy holiday season.

The news comes a day after Amazon announced its new Prime Pantry service, which allows Prime subscribers to purchase boxes of household essentials with an additional delivery fee.