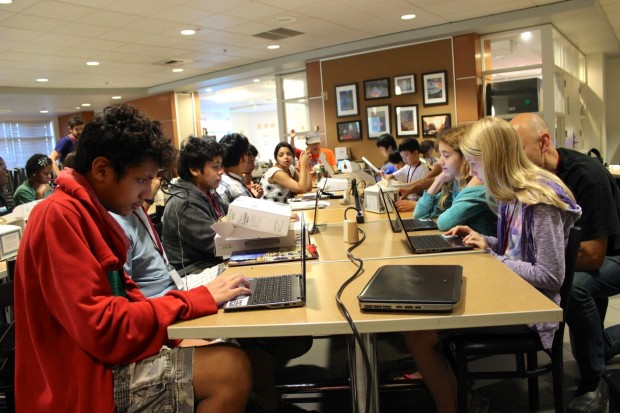 When it comes to legislation encouraging the teaching of computer science in Washington State schools, Code.org’s advice might be: Choose wisely.

For a public hearing in Olympia, WA on HB 1445 this week, bill co-sponsor Chris Reykdal of Tumwater told KPLU radio, “My God, we are spending 100 million (dollars) of taxpayer money every year in our high school system to teach world languages where more than half our folks a few years later will never use it again.” That contention was countered at Wednesday’s hearing by those in higher education, saying world languages make for well-rounded, culturally competent citizens.

Yet it’s the second bill, HB 1813, that has drawn the support of Seattle-based Code.org co-founder and CEO Hadi Partovi. “The bill proposed by (Representative) Drew Hansen provides a comprehensive package to help schools add computer science to the curriculum,” Partovi says.

He says Hansen’s bill addresses that issue. “The bill to categorize it as a foreign language doesn’t in any way help, and actually hurts because it creates new problems when it comes to teacher certification and college admissions,” he says, suggesting, “Do you want a foreign language certified teacher teaching computer science to your kids?”

The non-profit Code.org has dealt with similar matters in the past. Almost exactly a year ago it argued on its blog that, “Computer science is not a foreign language.”

HB 1813, Hansen’s bill, is scheduled for its first hearing next week.