Just when you thought there could be no more stories about why the Amazon Fire Phone failed, a new wave of stories have surfaced bringing Amazon’s most recent failure back into the spotlight.

Yesterday, Fast Company reported that Amazon’s hardware group, Lab126, underwent a major restructuring, with a handful of executives leaving the organization over the past few months. Today, the publication released a second report — a cover story — taking a detailed look at exactly where Amazon went so very, very wrong.

Based on the report, and the multiple iterations published by other tech blogs, the failure essentially boils down to one man: Amazon CEO Jeff Bezos.

As one founding team leader of the project put it to Fast Company: “This was Jeff’s baby.” 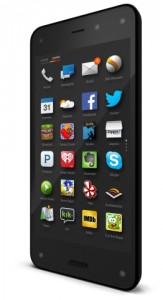 For the report, Fast Company’s Austin Carr said he interviewed more than three dozen current and former employees, an impressive feat given Amazon’s insistence on secrecy.

In having so many conversations, Carr was able to gauge Bezos’ level of involvement on the project, determining that the CEO drove nearly every aspect of the phone’s creation from start to finish. As an example, he outlines Bezos’ participation in creating Dynamic Perspective, one of the phone’s defining features that allows users to see things in 3D without wearing special glasses.

“We poured surreal amounts of money into it, yet we all thought it had no value for the customer, which was the biggest irony,” according to one former engineering head, who worked on Dynamic Perspective. “Whenever anyone asked why we were doing this, the answer was, ‘Because Jeff wants it.’”

With narratives like this, other publications wrote hypercritical headlines of the company’s founder. “Jeff Bezos was the driving force behind Amazon’s Fire Phone flop,” wrote Gigaom. BusinessInsider offered two versions: “The Amazon Fire Phone Shows What Happens When the CEO Gets Too Involved in Product Design” and “Engineers Say Jeff Bezos Micromanaged The Fire Phone.”

The headlines deviate from most other characterizations of Bezos, who is applauded for being a visionary leader.

In past examples, his risk-taking style has been an advantage: He persisted when it came to adding a cellular connection to the original Kindle; he argued for bundling free two-day shipping with Prime; and fought for Amazon’s Web Services.

What is hard to judge from this report is how Bezos’ involvement in the development of the Fire Phone contrasts to any other major experiment at the company. Often times, Bezos has his fingerprints on everything, regularly chiming in everything from hardware to apparel. Product managers often find themselves tweaking designs, rewriting marketing materials, or worse, depending on his opinions.

If he wasn’t as involved, and the phone flopped, would his lack of involvement be the headline?

At least one employee was willing to admit that employees rely on Bezos’ track record as a guide.

“Yes, there was heated debate about whether it was heading in the right direction. But at a certain point, you just think, ‘Well, this guy has been right so many times before’.”

“Yes, there was heated debate about whether it was heading in the right direction,” an employee told Carr. “But at a certain point, you just think, ‘Well, this guy has been right so many times before.’”

Possibly, the phone’s failure has nothing to do with Amazon’s ability to be a contender in hardware design, or with Bezos being out of touch with consumers. Maybe, unlike some suggest, the bet wasn’t bold enough? Frequently, critics have charged it wasn’t the hardware that was so awful, but the lack of unique service or pricing options.

Rest assured, this isn’t what is keeping Bezos up at night.