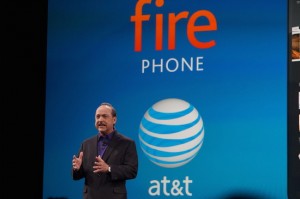 Ahead of Amazon’s big phone unveiling today, reports had suggested that the smartphone could come with a special wireless plan called “Prime Data.”

But any mention of a special rate plan was completely absent from today’s presentation in Seattle.

Amazon boss Jeff Bezos described in detail how someone could navigate through services on the phone using dynamic perspective technology, and new Internet searching capabilities, aided by a service called Firefly, allows you quickly find and identify books, DVDs, songs, phone numbers, art and much more.

But the Seattle retailer turned hardware-maker stopped short of disrupting what really sucks about mobile phones: The bill.

For a limited time, Amazon will be offering a free year of Amazon Prime, it’s two-day shipping service that has expanded in recent years to include free streaming video, and as of last week, free streaming music.

The Prime Data plan was reportedly to mimic AT&T’s “Sponsored Data” plan, which allows customers to use certain apps and services without affecting their monthly data cap.

Chalk this up to a poorly sourced rumor, but it is worth asking why Amazon finds it worth it to partner with AT&T exclusively to release the phone? The device costs $199 for a two-year contract, or $27 a month without a contract. It can be pre-ordered starting today, and available starting July 25. 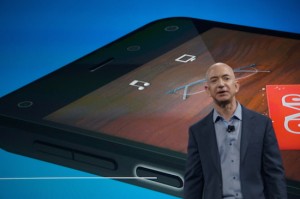 Neither Bezos or AT&T’s Ralph de la Vega discussed how long the two companies’ would work together, but it’s hard to understand why Amazon would lock itself into a distribution deal with one carrier without a special deal. True, AT&T is the data provider on its 3G-enabled Kindle e-readers. However, as T-Mobile has proven lately, a disruptive plan has the ability to get users to switch from their current plans and phones.

Price always makes the decision easier. Amazon knows that well. Shoppers, who are signed up for Prime, spend a ridiculous amount of money.

Bezos kicked off the presentation by recounting how fast Amazon Prime has grown due to three things: “patience, persistence and attention to details.”

“We seek to be renewal worthy,” he said, which has been accomplished by continuing to add valuable — and costly — services to the program.

Typically, it’s Amazon’s strategy to offer hardware at low prices in order to attract more customers and eventually have them purchase content via Amazon. A lower phone bill would have been a valuable new service that would have encouraged this pattern.

Further, one could argue that by offering a free year of Prime will eventually devalue it, especially if consumers think they can eventually get it for nothing. If customers are disappointed, Wall Street isn’t. Following the presentation, shares soared around 3 percent.