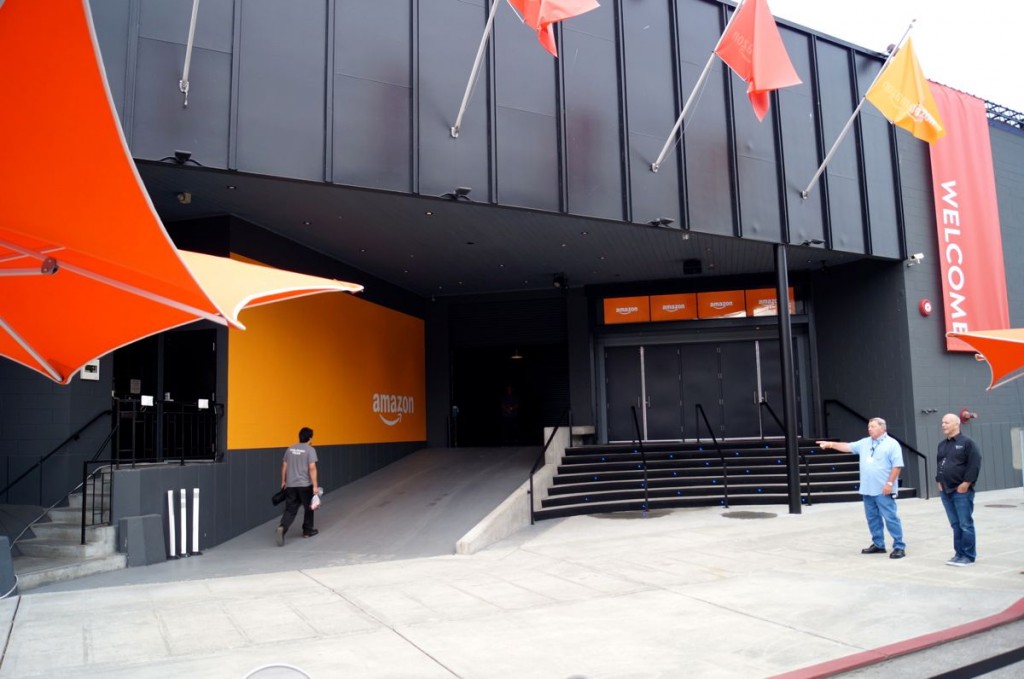 We’re getting set for the unveiling of Amazon’s new device, widely believed to be a smartphone, at a special event this morning here in Seattle’s Fremont neighborhood. My GeekWire colleague Todd Bishop and I will be live-blogging the action here in this post and following up with hands-on impressions throughout the day.

Amazon has really built up the anticipation for this one, starting with a teaser video that showed customers reacting with varying degrees of surprise to a mystery device.

Based on various reports and patent filings by the company, the phone is expected to include a 3D interface and the ability to interact via hand gestures.

Even if it can deliver on those features, the company’s big challenge will be standing out in a highly competitive market, led by Google and Apple. Amazon CEO Jeff Bezos implicitly acknowledged that fact in packages sent to reporters in advance of the event, containing a copy of the children’s book, Mr. Pine’s Purple House, in which the main character struggles to make his house unique from all the others on his block.

The event is scheduled to get rolling at 10:30 a.m. Pacific time, and we’ll kick off the live blog here before the event starts.