It’s a great time to be an Amazon shareholder — especially if you’re Jeff Bezos.

The Amazon founder and CEO sold more than 1 million shares of his company this week, raking in nearly $534 million along the way.

It represents his most valuable stock sale ever.

Bezos unloads massive amounts of shares like this about once per year, but the timing has never been better than right now.

Amazon posted a surprise quarterly profit of $92 million on July 23, sending the company’s stock up 17 percent to record highs. With the surge, Amazon overtook Walmart with a $250 billion market cap, and Bezos leapfrogged Oracle CEO Larry Ellison to become the fifth-richest person in the world with a net worth of $50.3 billion, according to Forbes’ data.

Since this time last year, Amazon’s stock is now up more than 71 percent. 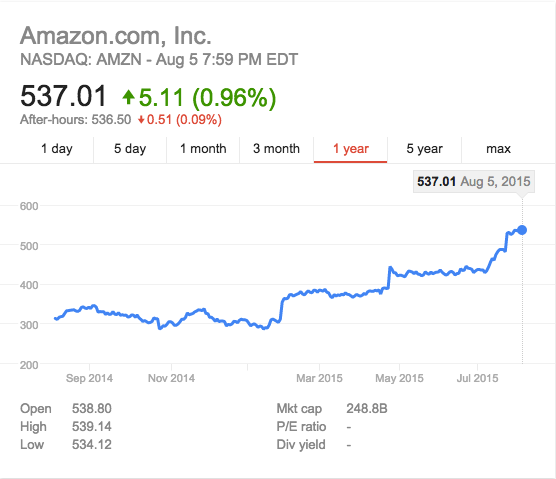 Bezos dumped about the same number of shares as he did this week in February 2014, but back then it was only worth $351 million. He sold 2 million shares in May 2010, but that was only worth $265 million.

Analysis of Bezos’ stock sales over the past 17 years reveals this week marks the first time he has ever sold more than half a billion in one sitting.

But don’t worry, he still owns nearly 83 million Amazon shares, or about 18 percent of the company. 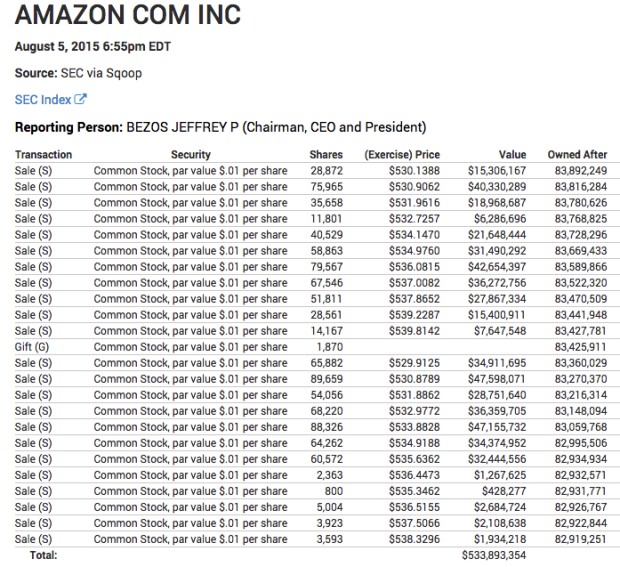