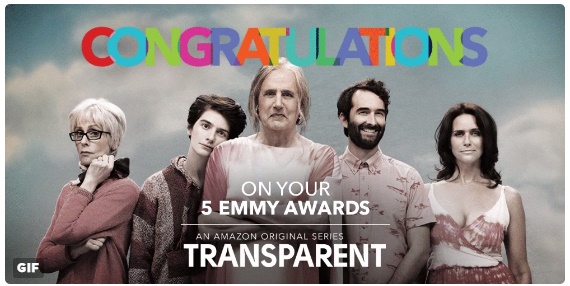 Amazon is cutting the price of Amazon Prime to $67 this Friday in celebration of its five Emmy wins for its original TV series Transparent at the 67th Primetime Emmy Awards.

Amazon announced the $32 discount this morning, saying that the one-day discount will only be available to new members. In other words, if you’ve already signed up at an annual cost of $99, I’m afraid you are out of luck. Of course, some people are already trying to game the system.

@BigHaus013 @TechCrunch @sarahintampa That's my question. Can I cancel then renew at the new price instead of $99?

Update: Amazon says that if you are outside of your renewal window, and canceled and signed up again, you would end up paying twice this year. But if you signed up in the past 30 days, you should contact customer service and see if they can help.

Amazon said the one-day sale will start on Friday, Sept. 25 at 12:00 a.m. ET and end at 11:59 p.m. PT. To sign up, customers should visit a special site at Amazon.com/TransparentPrime.

The video service has been a boon for the Seattle company’s two-day subscription service, with many members first getting exposed to the program through the TV content and later becoming regular shoppers. CEO Jeff Bezos, who was there Sunday night in support of the series, has said repeatedly that one aspect of the program drives the other.

I’m pretty sure we are the only people ever to have turned winning Golden Globes into more sales of power tools and baby wipes.

In one of his favorite lines, he says: “I’m pretty sure we are the only people ever to have turned winning Golden Globes into more sales of power tools and baby wipes.”

By offering a discount due to the Emmy awards the company couldn’t be tying them any more closely together.