Amazon operates in so many markets, sometimes it’s hard to know what makes the company successful.

In determining what makes a great business, he cited four main characteristics: Customers have to love it; it has to have the potential to be a large business; there has to be a strong return on capital and it has to be long-lasting.

“We have three such things. Marketplace, Prime and Amazon Web Services,” he said.

The marketplace, which allows third-party retailers to sell merchandise side-by-side with Amazon, grew out of two failed attempts to enter the auction business, he said. It now represents 44 percent of all unit sales.

One example, where the success of the marketplace model is particularly important, is in India, where Amazon doesn’t sell anything directly to customers, and claims to have the largest marketplace in the country with 20 million items. 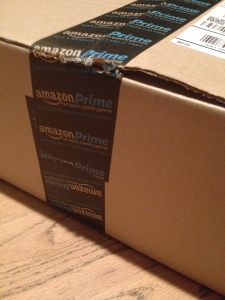 Other recent marketplace efforts include AmazonBusiness, which caters to business customers, and Home Services, which allows customers to find everything service providers from plumbers to violin teachers.

The second major business Bezos talked about was Amazon Prime, the company’s loyalty program that costs $99 a year for two-day shipping and other benefits, like streaming video and e-book rentals. While Amazon doesn’t disclose the number of Prime members it has, Bezos said today that paid Prime memberships are up 53 percent year over year, and showed a hockey stick-like growth chart for emphasis.

“The business model is unique. This is a hybrid program,” he added, where some people sign up initially for free streaming content, but then end up buying more products.

“I’m pretty sure we are the only people ever to have turned winning Golden Globes into more sales of power tools and baby wipes,” he quipped.

He said the company’s third-party sellers also love Prime because it increases sales. When sellers elect to have Amazon store and ship merchandise from its own warehouses, retailers see an 20 percent jump in sales. 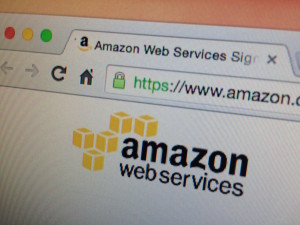 Finally, there’s Amazon Web Services, which allows customers to operate in Amazon’s data centers. Today, the business has 1 million active customers, and continues a rapid pace of development. In 2014, it released 516 feature updates, up from 280 the year earlier.

“The team is not resting even though they are the leader by far,” he said.

While he chose to focus on these three main businesses, Bezos also noted other company efforts, ranging from the Kindle Voyager e-reader to the voice-activated Echo and the Dash button, which lets you reorder items, like laundry detergent or diapers with a touch of a button. Noticeably absent from his presentation was an update on the company’s drone delivery initiative, or its first attempt at bringing a smartphone to market, which failed miserably.

In his closing remarks, Bezos promised to nourish these three businesses and to improve them, and said the company is working hard to find a fourth.

“I’m very optimistic. 18 years ago we promised to make bold bets and experiment,” he said, referring to the company’s first shareholder meeting as a public company. “I will assure you we will continue to do that.”