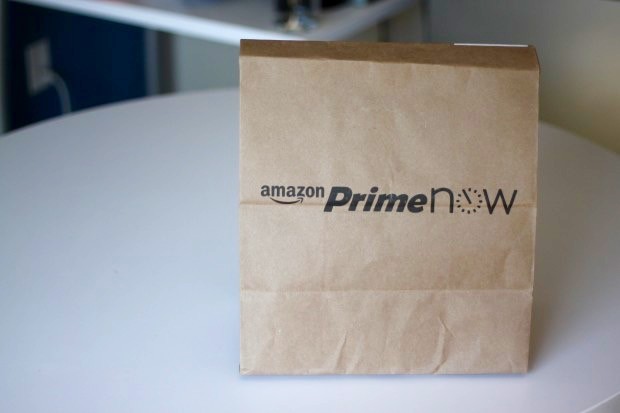 Amazon is now delivering hot meals from restaurants around the Los Angeles area as the company continues to expand the service through its Prime Now delivery network.

Restaurant delivery is now available to Amazon Prime members in Santa Monica, Culver City, West LA and Venice, though more parts of town will be added in the coming days, Amazon tells Recode. 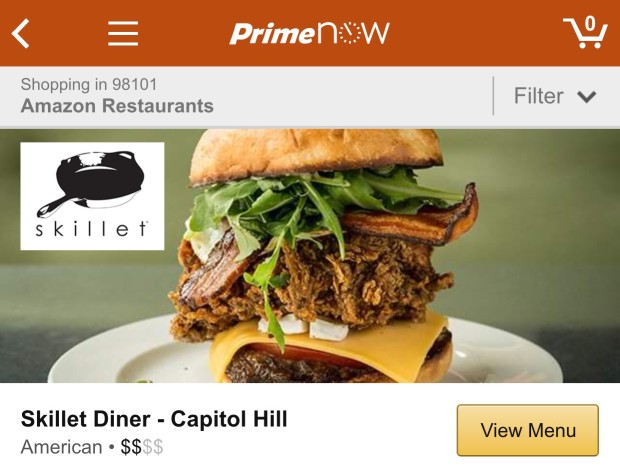 L.A. is now the third city where the company has launched the service, joining Seattle and Portland. Amazon has hinted all along that a broader rollout to more cities is on the way.

GeekWire first heard about Amazon’s restaurant delivery ambitions when it was secretly testing the offering with its own employees in Seattle. Soon after, it officially launched Amazon Restaurants in Seattle and Portland in September.

The service takes advantage of Amazon’s network of delivery workers that already offer one- or two-hour delivery through Prime Now in 21 cities from London to Atlanta. But in select markets, shoppers see an extra icon inside the Prime Now app for Amazon Restaurants.

In Seattle, there are about 50 menus to choose from. You order through the app and your meal shows up about an hour later. One-hour delivery from Prime Now usually costs $7.99, but restaurant delivery is free for the time being.

The expansion comes as further proof that Amazon is serious about the restaurant delivery business, which is a tough and crowded market already occupied by countless startups and established companies like Postmates and Uber.