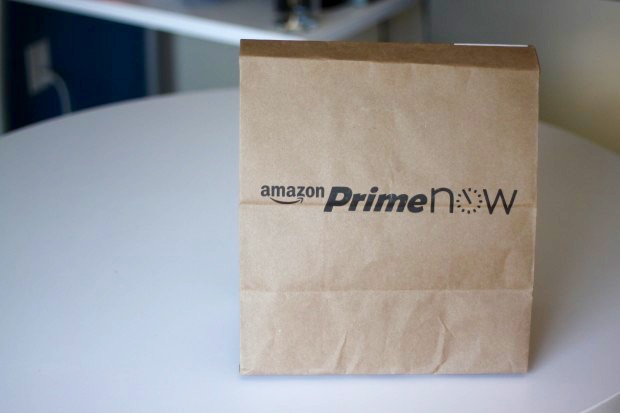 The company has been testing the service by allowing its own employees to order meals from restaurants in conjunction with the new Prime Now delivery service in Seattle, according to delivery drivers and others with knowledge of the initiative.

Along with the introduction of Prime Now alcohol delivery and the mysterious “Amazon Flex” package pickup service, the restaurant delivery experiment is another sign of the company using the Prime Now launch in its hometown to experiment with new concepts and services.

Amazon has nibbled around the edges of restaurant delivery in the past. For example, the current Amazon Local app lets users in Seattle order food for carryout, but Amazon does not offer its own delivery through that app. The company’s AmazonFresh grocery delivery service offers pre-made restaurant meals that customers can heat up at home.

Amazon also delivers some meals from third-party sellers in New York City, but the options there are limited to two gourmet grocery stores and a local bakery, and don’t include other local restaurants.

But Seattle appears to be the first market where Amazon is experimenting with full-blown restaurant delivery. A company spokesperson declined to comment on the experiment, citing a policy against discussing rumors and speculation.

If Amazon does launch a restaurant delivery service beyond the test with its employees, it won’t be easy. In Seattle alone, there are a plethora of startups trying to make a go with similar offerings, from Peach to Grubhub. It’s a tough industry with razor-thin margins, but if anyone has enough scale to make it work, it’s Amazon.

When GeekWire spoke with a local eatery that’s participating in Amazon’s delivery experiment, we were told the service is only for Amazon employees right now but may be available more broadly later. That restaurant said it had only handled one order so far, so its own employees weren’t quite sure how it works.

Prime Now, the company’s one-hour delivery option, launched in the Seattle area for the first time on Tuesday.

The company has already publicly announced that Prime Now can now deliver alcohol in the Seattle area. That means — in theory — Seattle may soon be the first place where you can get a burger and ice cold beer delivered to your front door, together, in under an hour.