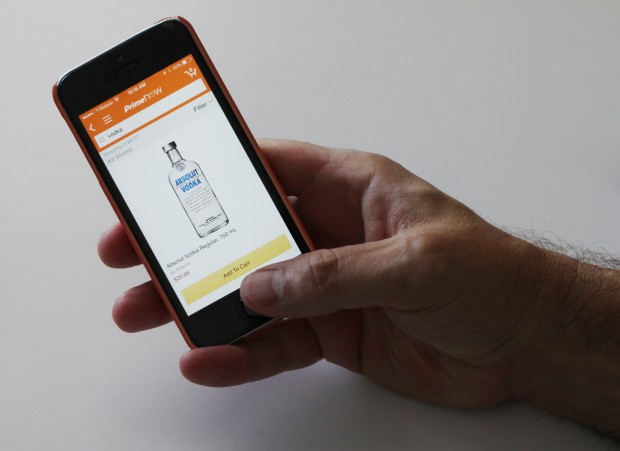 Amazon debuted one- and two-hour delivery of beer, wine and liquor in the U.S. this morning along with the launch of the Amazon Prime Now service in its hometown of Seattle. We’ve tested just about every type of delivery service at the GeekWire offices, so we thought to ourselves, why should this be an exception? 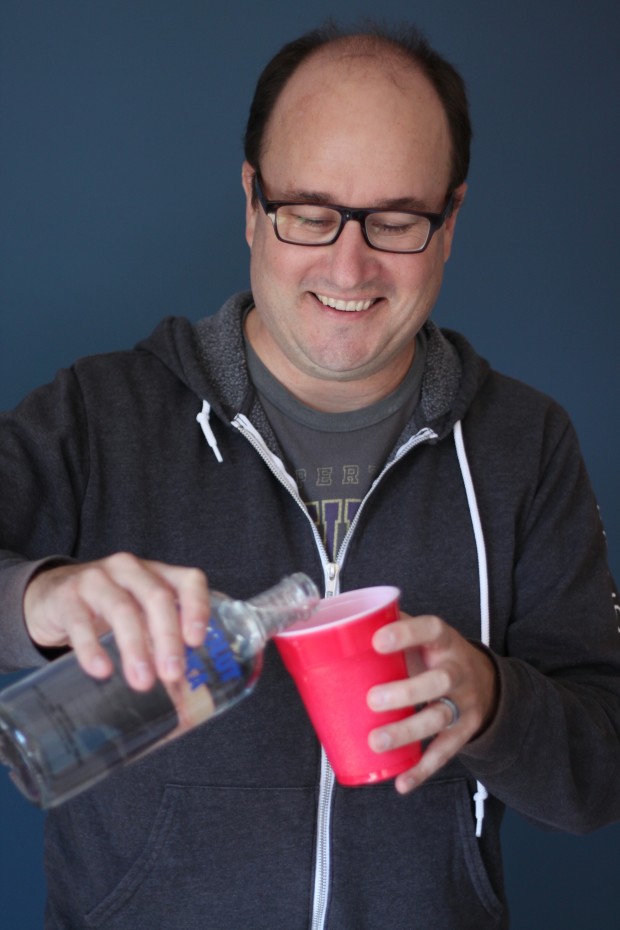 Thirty-four minutes later, we were pouring screwdrivers in the break room.

The Prime Now delivery service worked flawlessly, in our experience. It’s easy to see how it could save the day for someone hosting a brunch or a party, or just not wanting to get off the couch at night. Amazon Prime Now delivers from 8 a.m. to midnight, so everyone except the most extreme early birds or night owls would be covered.

We’ll leave it to you to decide whether this is a good thing or bad thing for society.

We double-checked, and Amazon Prime Now’s price for a 750ml bottle of Absolute Vodka, including state taxes, was almost exactly the same as the price of the same bottle at the neighborhood liquor store. Delivery through Prime Now, available only to Amazon Prime members, runs $7.99 for one hour and is free for two hours.

For our order, we selected one-hour delivery. The vodka showed up in 34 minutes, along with beer, tequila, orange juice and chips.

Amazon previously rolled out alcohol delivery as part of Prime Now in London, but this marks the U.S. debut of the service.

Given the wide variety of regulations across the country, Amazon could face a challenge if it seeks to expand alcohol delivery to other states.

Asked about the possibility of further national rollout, an Amazon spokesperson tells GeekWire, “We will continue to learn from customers and if they love the offering of alcohol in the Prime Now service, we will look to continue to expand the offering in other locations.”

For the record, in case anyone is wondering, we all cut ourselves off after one screwdriver. No Steve Sarkisian moments for us.