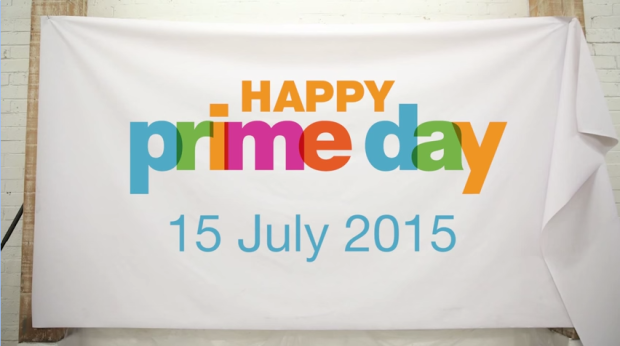 Next week Amazon is slashing prices on thousands of items in hopes of creating a second “Black Friday” shopping event to celebrate its 20th Anniversary.

The 24-hour sale called Prime Day officially kicks off on July 15, the eve of its anniversary. The discounts will start at 12:01 a.m. and last until the end of the day. To participate, shoppers must be an Amazon Prime member or sign-up for a free 30-day trial.

The Seattle e-commerce giant is comparing the shopping bonanza to Black Friday, which falls the day after Thanksgiving and is typically the biggest shopping day of the year.

Items on sale for this summer event will include thousands of so-called Lightning Deals and seven popular “Deals of the Day” on everything from electronics to toys and sporting equipment. Next week’s shopping event will be global, reaching several countries where Amazon Prime exists, including the U.S., U.K., Spain, Japan, Italy, Germany, France, Canada and Austria.

Creating a fictitious shopping day makes a ton of sense for Amazon, although a spokeswoman declined to say whether it will be a one-time event or if it will occur annually.

Already, Black Friday is one of its busiest shopping days of the year, so if it can replicate that kind of shopping behavior during the summer, it will be a huge windfall. In addition, it is connecting the event to Amazon Prime, which will encourage bargain hunters to try out the two-day shipping program.

More than ever before, Amazon is considering Prime the cornerstone of the company’s success, by fostering loyalty and getting people to make repeat purchases.

Over the holidays, the company said that more than 10 million people tried Prime for the first time, which includes people who signed up for a 30-day free trial. Analysts estimate that many of those trials converted to paying members, and Amazon routinely says customers are satisfied with what they get for the $99 annual fee.

In addition to shipping, members also receive access to a vast library of free video content, including original programming produced by Amazon and exclusives, such as PBS’s Downton Abbey.

There’s evidence that fabricating sales events works well at luring in people who weren’t already planning on making a purchase.

Big box retailers and department stores do it all the time for Labor Day or Memorial Day, and Alibaba, the Chinese e-commerce powerhouse, has the 11.11 Shopping Festival or Singles. The day’s origins don’t have anything to do with the holidays, but rather is a celebration for people who are single. Typically, on this day, young Chinese look for huge discounts, and this past year, Chinese consumers flooded Alibaba’s marketplaces, buying more than $9 billion worth of merchandise.

Amazon is using the Prime Day event to also call out attention to some of its newest perks of the program, like Prime Photos, which offers unlimited photo storage online as long as you continue to pay for your membership. To highlight Prime Photos, it’s launching a photo contest, giving people a chance to win $10,000 in gift cards. Photos that best depict how you use Amazon Prime can be uploaded to a special page here.

As part of this contest, artists in several cities were paid by Amazon to create their own interpretations. Here’s a short video on the project.