Amazon announced on Thursday that it’s bringing its new Fire tablet, which sells for $49.99 in the U.S., to China. The company is also partnering with Baidu, considered the Google of China, to power search, apps and online video for Amazon devices in the country. 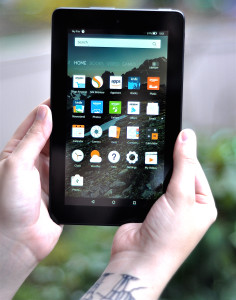 The move is just Amazon’s latest attempt to break into a massive but challenging market that it so far hasn’t been able to figure out. Online shopping in China is dominated by Alibaba, which reaches about 80 percent of the Chinese population, according to comScore. Amazon.cn, meanwhile, reaches just 10 percent. Amazon had such a hard time finding the secret sauce in China that it even opened a storefront in Alibaba’s TMall marketplace earlier this year.

But if Fire tablets sell there as well as they have so far in the U.S., the low-end device could prove to be a valuable tool to get Amazon products into the hands of more Chinese customers.

Amazon’s hardware strategy so far has been to offer the cheapest devices around, and then make money by converting hardware customers in online shoppers, e-book buyers and Prime subscribers.

The company seems to be taking the same playbook to China, where the Fire will cost 499 Yuan, which is about $78. The company is touting it as not just a way to read or peruse the Internet, but also learn English with a wide selection of Kindle books available in both languages.

The Fire was first introduced in September. It offers a 7-inch display, 7-hour battery life, front and rear facing cameras and expandable storage through a microSD card slot.