Nohla Therapeutics just became the latest biotech startup to come out of the Fred Hutchinson Cancer Research Center. Like spinouts before it, Nohla is already well on its way to becoming one of Seattle’s rising tech stars, with $20 million in funding, a slew of patents and clinical trials already underway.

The company is built around umbilical cord blood transplant technology developed by the Fred Hutch’s Colleen Delaney, who is now Nohla’s chief medical officer. That blood contains stem cells and has long been used as a replacement for bone marrow transplants to treat a variety of diseases, like leukemia. 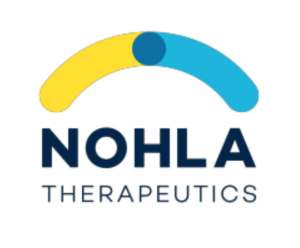 The company has already seen success in early trials, but the technology still has a long way to go.

This spinout arrangement looks a lot like the deal Fred Hutch signed with Juno Therapeutics when that cancer-treatment business was launched in 2013. It went on to raise a massive $120 million series A financing that same year, and filed for an IPO by 2014. The company is now valued at $5.5 billion.

“We are delighted with the relationship we have formed with the scientific inventors and research team at Fred Hutch, and our executive team is fully committed to further developing and commercializing what we see as a transformative and truly ‘off the shelf’ cell therapy,” Bergo said in a Thursday press release.