Now, the Seattle-based retailer is adding a twist to shoe shopping, announcing today that it has joined a syndicate of venture capital firms to bankroll Shoes of Prey. The Los Angeles-based startup, which today is announcing $15.5 million in funding, helps women customize and design their own shoes.

The investment follows an agreement earlier this year in which Shoes of Prey set up physical design studios inside six U.S. Nordstrom stores. The Shoes of Prey service — which allows shoppers to choose from shoe styles online and then create multiple combinations with customized heel height, material, color, size and width — is now being offered via Nordstrom.com.

“We want to serve customers in many different ways to deliver highly relevant experiences,” said Scott Meden, an executive vice president at Nordstrom in a statement. “With personalization becoming more important to how the customer views good service, it’s important for us to find opportunities to stay increasingly relevant.”

Nordstrom has been pushing deeper into technology in recent years, with the retailer saying that 20 percent of net sales for the first part of its 2015 fiscal year came from online sales. Nordstrom also has invested in online pants retailer Bonobos, and worked on offerings such as curbside pick-up of purchases.

Other backers of Shoes of Prey include BlueSky Venture Capital, Greycroft and Khosla Ventures, with total funding now standing at $24.6 million. The company was founded in Sydney, Australia in 2009, but recently relocated to LA. 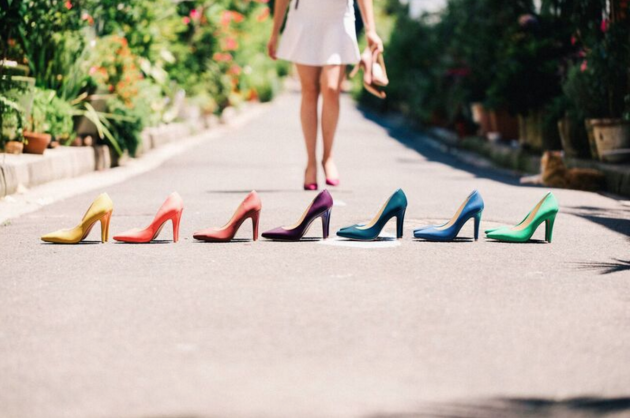 The idea of handing over the design to customers is not new, and many large brands are considering the concept. At the GeekWire Summit earlier this year, Nike COO Eric Sprunk said that 3-D printing technology would soon allow customers to print sports shoes in the home.

“Do I envision a future where we might still own the file from an IP perspective — you can’t just have anyone making a Nike product — and have it manufactured in your own home or we do it for you at our store?” Sprunk said. “Yeah, that’s not that far away.”

Shoes of Prey operates a bit differently than that, allowing customers to create their shoes online — choosing shape, fabric and color — and then sending them off for production at a Shoes of Prey facility in China. Orders are then shipped back to the customer within three weeks. Shoes on average cost about $200 per pair.

While focused now on women’s shoes, the company tells TechCrunch it wants to expand its offerings to include other customized fashion items, including handbags.

Here’s a closer look at Shoes of Prey.