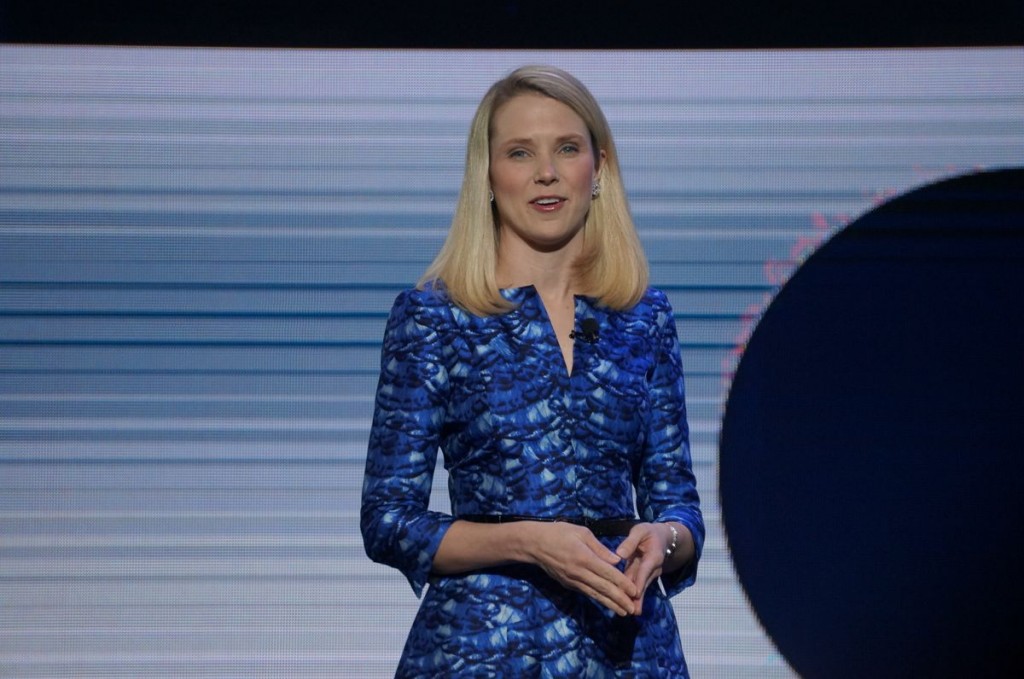 LAS VEGAS — The buying spree continues! Yahoo CEO Marissa Mayer was on stage at CES for less than five minutes before she announced an another acquisition this afternoon, saying that the company has purchased intelligent mobile home screen company Aviate, the latest in a string of acquisitions.

It’s part of a broader attempt by Yahoo to grow its online businesses by focusing on mobile.

The keynote is ongoing, and I’ll be posting highlights as it continues.

Next up, Katie Couric, the news personality newly acquired Yahoo employee, comes out to talk about Yahoo’s media business, and her role in it. “It really is a blank slate,” she says of the opportunity ahead of her at the company. She also talks about mobile, saying the company is “reimagining” how to deliver news and content in that format while maintaining journalistic quality. 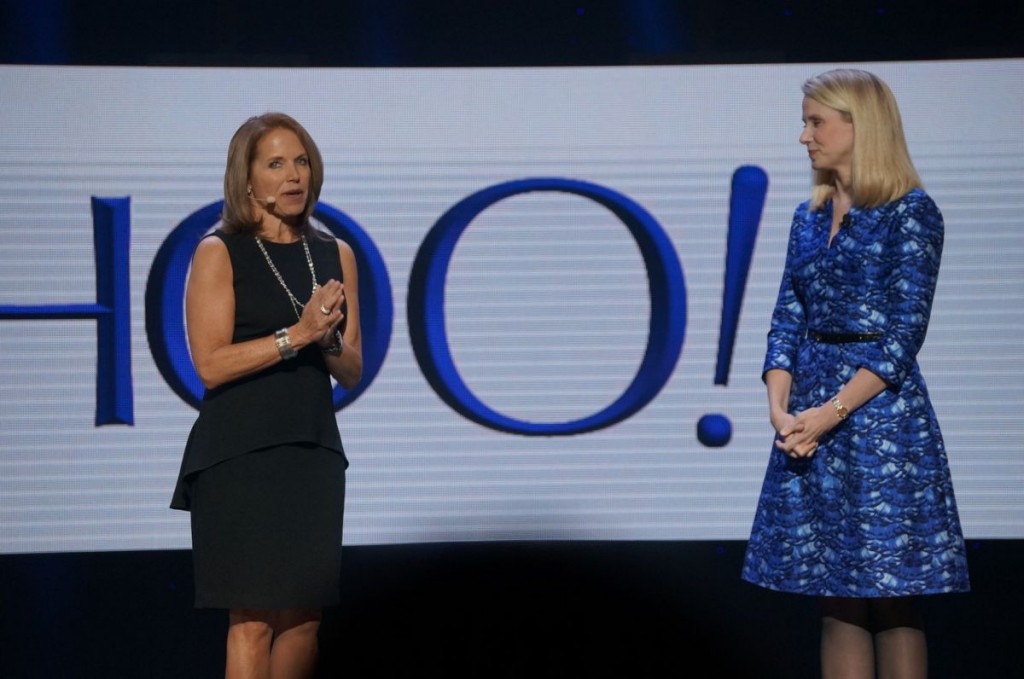 Speaking of mobile, news and Yahoo acquisitions, Yahoo exec Nick D’Aloisio, who joined the company with its Summly acquisition, comes out next to announce a new mobile product, Yahoo News Digest, a twice-daily mobile news summary. He gives a demo, including news summaries and Twitter integration, and a feature that tells users when they’re done. It’s available on the App Store now, he says. 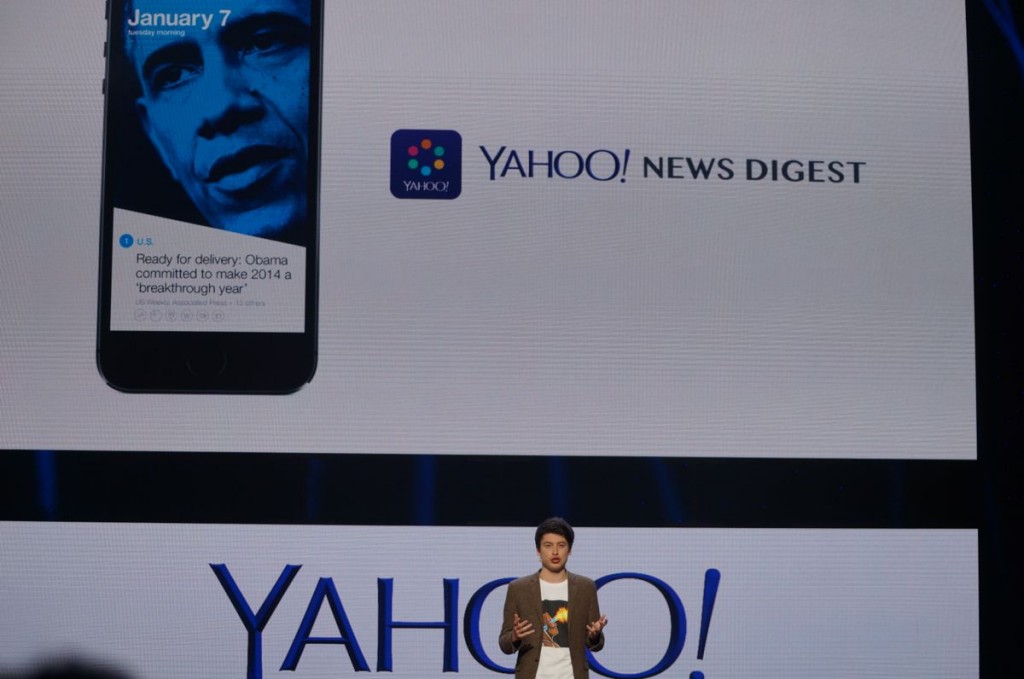 David Pogue comes out next, to talk about a new Yahoo tech news digital magazine, part of a new wave of digital magazines expected to be released by the company. He says his goal, with his team, will be to demystify technology for consumers. He pokes fun at jargon-laden tech and gadget sites.

Pogue concludes by launching the site on stage, sorta, by pretending to press a button on a phone. It’s available here now.

Next up: A surprise appearance by Cecily Strong, of Saturday Night Live’s Weekend Update, who lampoons the tech industry in a live news segment on stage. Kenan Thompson comes out as Al Sharpton, thanking “Yoohoo” and joking about losing weight by getting lost with Google Maps. 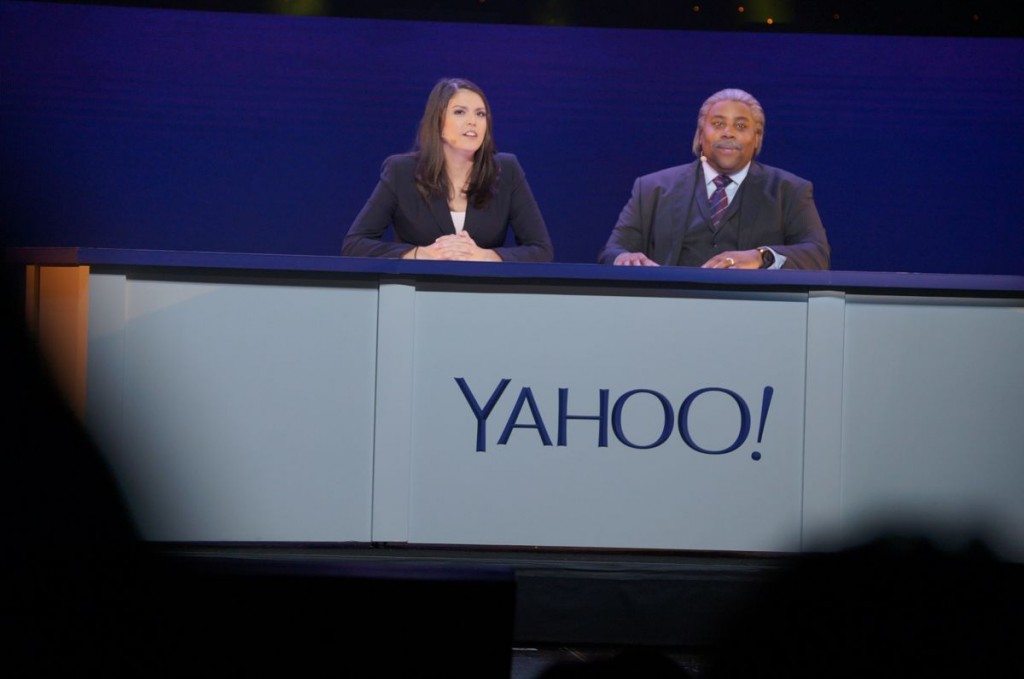 Tumblr CEO David Karp comes out next, talking about the growth in mobile usage and mobile posting on the social blogging platform. He touts sponsored content by brands, and the virality of that sponsored content. He announces that Tumblr Sponsored Posts are now powered by Yahoo Advertising, which creates more personalization and targeting of ads. 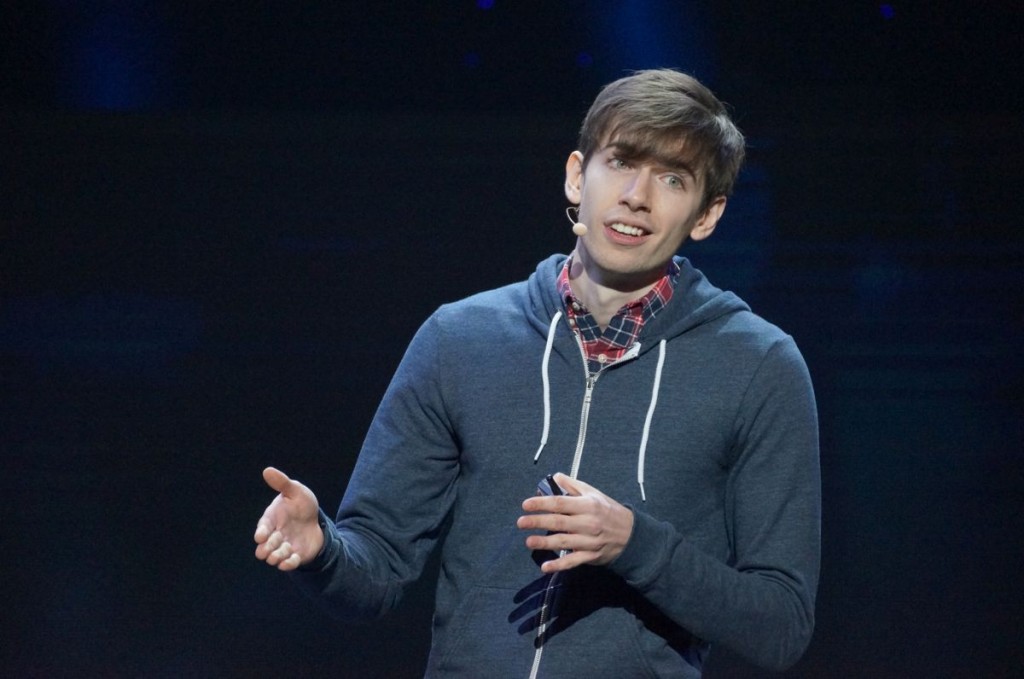 Scott Burke, senior vice president of advertising technology, announces a new unified advertising solution from the company, combining areas including native advertising, premium ads and, notably, search advertising. It will be interesting to see how this meshes with Yahoo’s Microsoft partnership, in which the Redmond company handles search advertising for Yahoo. The company also announced a new ad platform called Yahoo Ad Manager, which doesn’t appear to include search.

Taking a page from Apple’s playbook, Mayer concludes by bringing out a musical artist, singer John Legend, who starts with a great rendition of “Here Comes The Sun,” accompanying himself on piano, concluding with “All of Me,” a song from his latest album. 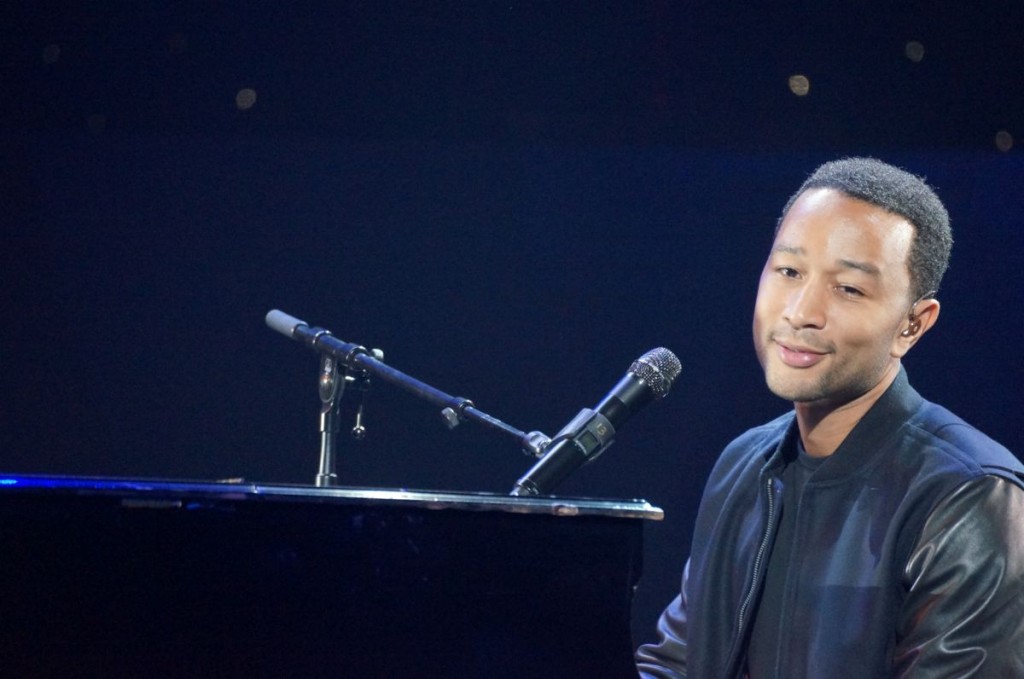