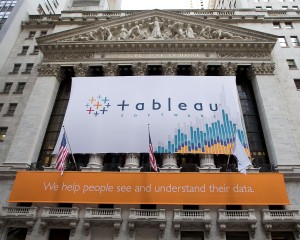 Tableau Software added more than 1,800 new customer accounts during the first quarter, momentum that helped propel the maker of data visualization tools to an 86 percent increase in revenues. The Seattle company posted revenue of $74.6 million, and net loss of $5.6 million.

“Tableau delivered a strong first quarter with over 80% revenue growth,” said Christian Chabot, CEO and President, in a statement. The company is having particular success with large customer accounts, noting that it closed 120 sales of more than $100,000 in the first quarter.

The company now employs 1,360 people, up 63 percent compared to the first quarter of 2013. In fact, the company boosted its hiring significantly in the past two quarters, averaging 160 new hires, compared to 100 during 2012 and the first part of 2013.

“Our overall headcount pipeline is strong and you should anticipate our hiring trend continuing in 2014 across all areas of the business with a focus on sales and marketing and development teams,” said CFO Tom Walker during the earnings call.

Here’s a closer look at the results: 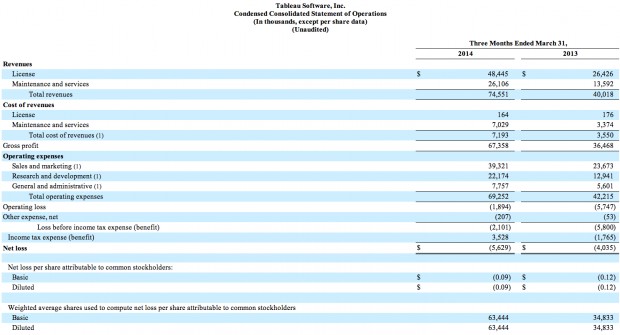