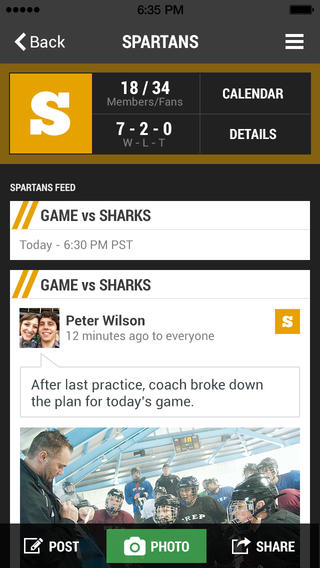 If you’ve ever played sports with an organized team, a new app that three Microsoft vets are cooking up will make a whole lot of sense.

We wrote about Elemental Foundry last month, noting the company’s $1 million seed round led by Seattle investor Rudy Gadre. This week, we caught up co-founder John Pollard, who shared more details about the new startup.

“Simply put, this is a problem that needs to be solved,” Pollard said. “I’ve spent a lot of time on the sidelines at my kids games over the years, and it’s remarkable how much thrash there is in terms of communications. It’s a real pain point for a lot of people, and team sports is an absolutely massive part of American life.”

Sprio lets players, coaches, parents and managers — among others — access a bevy of information and content, from team schedules and photos to contact information and post-game reports. Coaches can upload practice information or update weather delay issues, for example, all of which can be easily shared with players. Friends and family can also “follow” teams and receive updates. 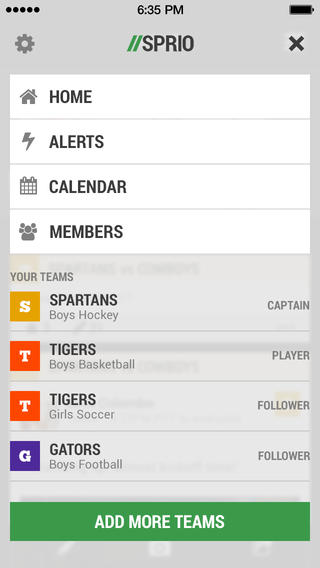 “We talked to a lot of schools, and while they like Facebook, it’s inappropriate for what they’re trying to do,” he explained. “Some schools even mandate that coaches are not allowed to be Facebook friends with the student-athletes. We heard that feedback and said we can help solve that problem.”

Another one of the overarching goals for Sprio is to not only provide a tool that makes participation in team sports easy, but also to track all the teams you’ve been with and the games you’ve played throughout your life.

“People are attracted to the vision of being able to do this across time,” Pollard said. “Participation in sports is a lifetime activity and a lifetime pursuit.”

There’s also a simple messaging system that team members can use to communicate with each other, which makes sense when you look at the resumes of Elemental’s founders.

Pollard started the company with Shree Madhavapeddi; the pair also founded Jott in April 2006 and later sold it to Nuance Communications in 2009.

Ramesh Vyaghrapuri, a former Microsoft colleague of Madhavapeddi, is Elemental’s other co-founder. He was Facebook’s first-ever hire in Seattle and rewrote the social network’s chat engine. Vyaghrapuri also worked on Microsoft Messenger with Madhavapeddi at Microsoft.

Pollard had good things to say about his co-founders.

Sprio, which is free and has an ad-based revenue model, is being tested by several teams at the moment in private beta. Find out more about the company here.