For the six-person crew that lived through a grueling four-month Mars simulation on Hawaii’s Mauna Loa volcano last year, this beige trailer was a critical source of power — not to mention the key to some peace and quiet.

In other words, it’s a hybrid.

Compared to a traditional generator, HyGen promises to reduce diesel usage by 60 to 80 percent, by allowing the generator to run at peak efficiency, and then shutting down when the batteries are charged. HyGen was able to power the NASA-funded Mars simulation silently via the batteries for as much as 20 hours a day, before the diesel engine needed to kick in.

It’s part of the company’s larger mission of developing new technology for reliable, affordable, renewable energy. In that way, HyGen is analogous to a hybrid car — a key step toward a much bigger goal.

“Before you had the Tesla you had the Prius,” explained Planetary Power CEO Joe Landon in a recent interview at the company’s headquarters. “The answer isn’t to get rid of diesel generators right away.”

However, Planetary Power is already expanding beyond HyGen — developing a next-generation solar thermal generator called SUNsparq. It uses mirrors to concentrate light from the sun, generating heat that powers a proprietary microturbine engine. The company is currently developing a SUNsparq prototype that has been presold to the U.S. Navy, and is slated for delivery later this year.

If Planetary Power’s name and logo seem familiar, that’s because it is a sister company of Planetary Resources, the asteroid mining startup also based in Bellevue. They share a common vision for leveraging natural resources, and a common co-founder in aerospace engineer and commercial space entrepreneur Eric Anderson.

Anderson founded Planetary Power in 2007 along with Miguel Forbes, the president of worldwide development for Forbes Media and the grandson of late Forbes magazine publisher Malcom Forbes; and Richard Garriott, the video-game entrepreneur who traveled to the International Space Station through one of Anderson’s other companies, Space Adventures.

The company’s technologies have potential long-term applications for space missions, but for now Planetary Power’s primary focus is terrestrial.

After several years of research and development, and a successful role in the Mars simulation, Planetary Power is now taking the HyGen to market — aiming to serve construction sites, mining operations, off-grid cellular towers and other commercial operations around the world. The company is gaining traction internationally, signing agreements with distributors in Australia, East Africa and Brazil.

HyGen sells for $85,000, as much as three times the cost of an equivalent, traditional generator. (It’s also available for lease.) Planetary Power says the diesel savings will make up for the higher cost within a year of starting to use the HyGen, if not sooner. That’s assuming the HyGen is used regularly, not as a backup generator.

Planetary Power has about 25 employees, including some in California, although it’s in the process of consolidating operations in the Seattle region. The company expects to deliver about 50 HyGens in 2014, with several million dollars in overall sales. 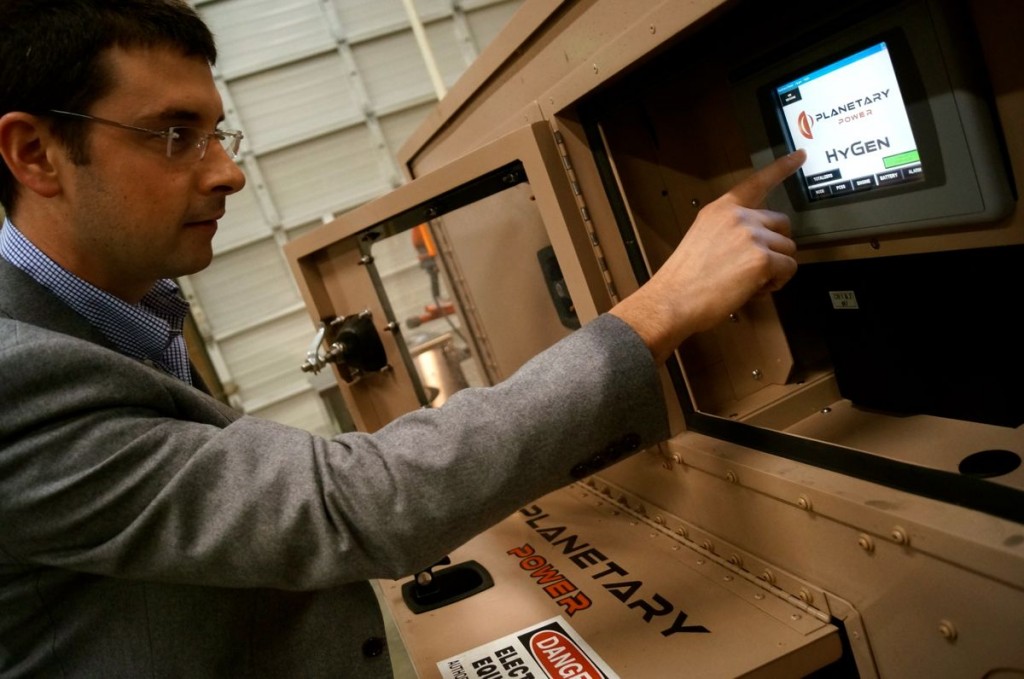