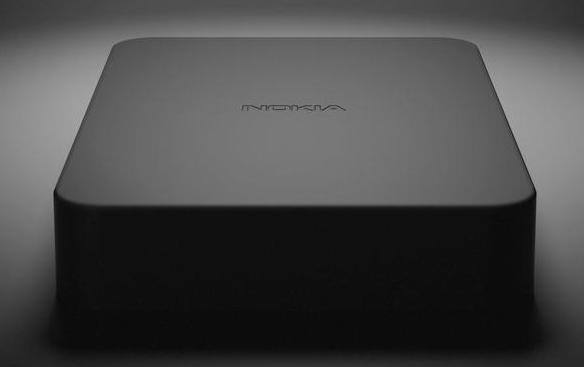 Microsoft may have acquired Nokia’s Devices and Services division earlier this year, but the company hasn’t given up its pursuit of new products. A post to the official Nokia Twitter account said that the Finnish firm is “up to something” new, along with a shadowy image of what looks like a squarish black box with a Nokia logo.

According to a link in the Twitter post, the company intends to unveil its future plans during a session at the Slush conference in Finland tomorrow. Scarce details have been provided beyond that.

Judging by the image (and trends in the tech industry), it looks like Nokia might be producing a set-top box, though it’s hard to tell the exact scale of the shadowy device from the company’s rendering. Still, no matter what the device is, making something new is a positive sign for a company that has lost one of the core components of its business to Microsoft.

The news comes just a week after Microsoft dropped the Nokia branding on its most recent Lumia smartphone, signaling the end of an era for those handsets.