Seattle’s Cinerama movie theater, owned by Microsoft co-founder Paul Allen, will reopen this week after an immense upgrade that includes one of the world’s first commercial 4K laser projectors, a cutting-edge sound system, giant new seats with extra leg room, a reserved seating system, and new food and drink options — including the ability to sip on beer and wine while watching a film.

And yes, Cinerama fans, they will still offer their renowned chocolate popcorn.

“You’ll have an experience here in Seattle that you really won’t be able to get anywhere else,” said Tim Schafbuch, an executive with Dolby Laboratories, one of the companies providing the technology behind the upgrade.

Officials with Vulcan Inc., Allen’s holding company, provided a sneak preview of the experience this morning for a group of reporters, showing off the changes that the public will get a chance to see starting later this week.

“We’re really fortunate that Paul is both a movie enthusiast and a Seattleite. He really wanted to present this to the city,” said Robert Arron, an executive with Allen’s company, standing inside the renovated theater. “We’ve had a lot of discussions with him. He had such great memories here as a child, and he just wanted to continue this legacy.”

A big part of the goal is to broaden the audience to bring new people into the theater, he said.

Vulcan officials declined to disclose the total cost of the renovations, which have taken place over the past few months during an extended closure of the theater. Officials with Vulcan said Allen would like the theater to be profitable, but has put a higher priority on the customer experience.

Among other changes, all seating at the theater will be reserved, with customers choosing their seats when they buy tickets online or at the theater.

3D and 2D sample reels, shown during the preview this morning, were impressive. When projecting in 3D, the new Christie 6P 4K laser projector displays consistent light to both eyes, eliminating the subtle jitter and ghosting that exists in many existing 3D movie theaters.

The screen is white, not silver, an advantage of the laser projection. The end result is a bright, vivid picture. 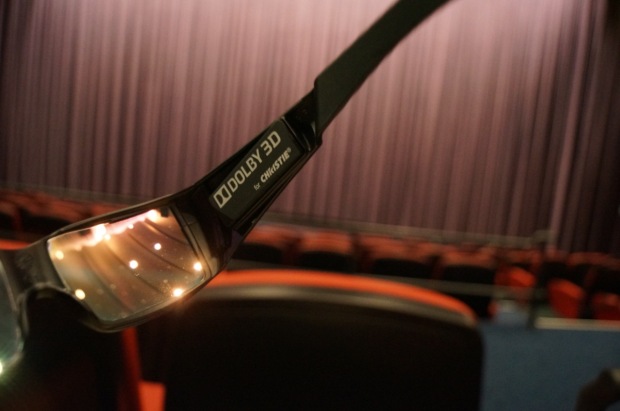 Ticket prices at the renovated theater will be a standard $15 across the board for all types of films — more than most people are accustomed to paying for 2D films, but in the range of the price for 3D films. With the larger seats, the theater went from close to 800 seats to just 570, which changed the economics by reducing the capacity.

Cinerama will reopen this Thursday, Nov. 20, with a showing of “The Hunger Games: Mockingjay – Part 1,” a 2D film. The upcoming debut of “The Hobbit: The Battle of the Five Armies,” will be shown in 3D at the theater in December. 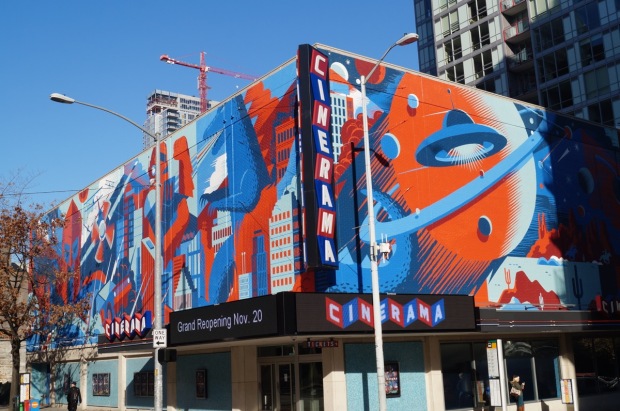