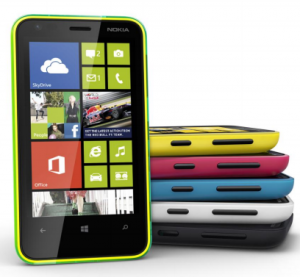 Nokia’s patent war with HTC has come to a close, according to a press release put out by the Finnish electronics company. The two companies have agreed to settle all litigation, and enter into a “patent and technology collaboration agreement.”

“We are very pleased to have reached a settlement and collaboration agreement with HTC, which is a long standing licensee for Nokia’s standards essential patents,” Paul Melin, Nokia’s Chief Intellectual Property Officer, said in a press release. “This agreement validates Nokia’s implementation patents and enables us to focus on further licensing opportunities.”

The deal seems like it could be a sign of the future for Nokia, which is retaining control of its patent portfolio even as it’s working to complete the sale of its devices and services division to Microsoft. While its agreement with Microsoft includes a license to Nokia’s patents, it seems increasingly likely that Nokia will be turning to patent licensing as a key part of its revenue stream moving forward.

It’s not clear what the deal means for Microsoft, though. When asked about whether or not Microsoft will also receive a license to HTC’s LTE patents or any patents that result from the collaboration between HTC and Nokia, a representative for Nokia declined to comment, citing the confidential nature of the agreement’s terms.