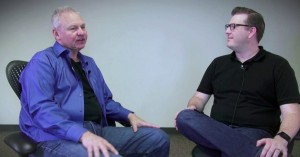 “The watchword for the last couple of years has been big data,” says John Slitz, CEO of SpaceCurve. And the problem with big data, “is it’s big.” That’s why Slitz and his team are working on technology that makes understanding and applying that data possible.

After a long career working with marketing, data, and understanding user behavior, Slitz is hoping his team at SpaceCurve can make the most of the new technology available today to make life better for individuals, companies, and even the government.

Nextcast founder Jeff Dickey is passionate about technology, business and philosophy. He works as the SVP of Cloud and Big Data Solutions at Redapt, a Redmond-based cloud and big data infrastructure company. [Editor’s note: GeekWire is proud to partner with Jeff who produces the Nextcast entrepreneur interview series]. Past interviews here.