It’s truly one of the most loathsome evenings of the year. But if you insist on going out, don’t let your night turn into amateur hour. Navigate New Year’s like a pro.

Three universal truths you need to wrap your head around right now before you even head out: You will overpay for everything. Everywhere will be obscenely and annoyingly crowded. You will be surrounded by drunk idiots.

If you’re cool with those three, great! Moving on…

1. Absolutely do not even THINK about taking your car out.

I used to live in New York, and damn, if not driving is the best thing in the world. Drunk driving is one of the worst things you can do: it’s stupid, it’s lazy and selfish, and it’s totally and completely avoidable.

Uber, despite its loathsome practice of “surge” pricing, does offer advice:

We expect the highest demand and highest fares between 12:30 and 2:30 AM. To avoid these high fares, don’t request during these two hours — catch a ride right when the ball drops at midnight or wait a couple hours for prices to return to normal. 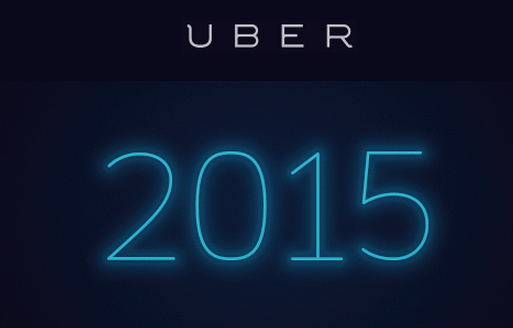 Look, they warned you, like Grandma telling you to take a sweater. You knew it was going to be cold, so quit bitching about it. Same deal.

2. Drinking apps might help you from sending that unfortunate text/email/Snapchat, but don’t depend on them entirely.

We have so many vehicles for communication these days, you think one simple app is going to shut down your need to express your undying love for your ex-girlfriend who’s dating that hot VC in Silicon Valley? It won’t.

Never underestimate how determined a drunk person can be to find other ways to communicate their stupid drunk thoughts. Don’t expect an app to completely save you. You have to keep some sort of composure. But TechCrunch has put together a nice arsenal of tools just in case you need a backup.

3. You might want to consider chilling with some weed instead.

Drinking is destructive and toxic. Cannabis is legal in Washington. You might want to take the high road, literally, and opt for weed tonight instead. You’ll have a warm, happy buzz throughout the night. But you still can’t drive. Download Leafly’s app and get to it!

4. Have Past Self help Future Self out.

There are two kinds of drunks. The kinds who try to make a run for the border after everything has shut down. And the kind who have put a little pre-thought into having Past Self helping Future Self out.

Everything in Seattle closes excruciatingly early and delivery options are slim at best — this is where depending on technology vs. a little old human elbow grease will lose. Do Future Self a huge solid by stopping by a store and getting some amazing snacks, additional bevvies and anything else you need post-party to kill the munchies and get you settled for bed.

Just because everyone’s drunk, awful and obnoxious doesn’t give you the right to be a jackass, too. Rise above the fray and show a little class, because being a lady or gentleman really puts you ahead of the pack. People will notice.

Also, you might want to rethink the whole thing. Maybe this John Oliver YouTube exclusive will help you change your mind.