Concussions suffered by athletes is a serious issue and one company from Seattle is on a mission to help curb the dangerous problem.

X2 Biosystems has been quietly pushing forward with its concussion-preventing technology and today announced a new partnership with Major League Soccer.

The MLS will begin using X2 Biosystems’ cloud-based ICE software, which provides access to a player’s past and present concussion information. About half the league will implement the product this year, with the other nine remaining teams — including the Sounders — set to use the software next season.

X2 Biosystems, which just hired a new CEO and is raising a $9.5 million round, already has a partnership with the National Football League — all 32 teams used X2 ICE during the 2013-14 season. The software allows team medical staff to record data related to multi-factor exams, cognitive performance tests, symptom severities and more. 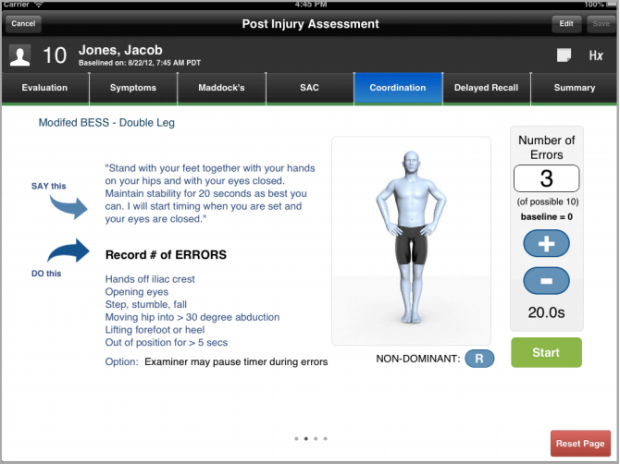 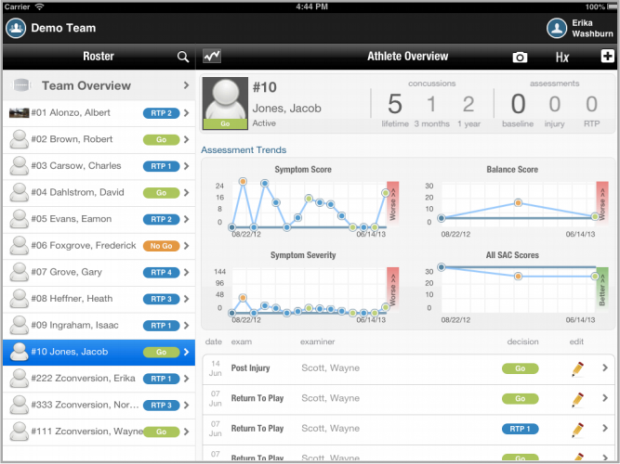 Reducing the amount of concussion-related injuries has become more of a priority for leagues at all levels. In fact, President Obama just held a day-long summit about the topic and asked for more research on the long-term impacts of head injuries in youth sports.

The MLS sent a handful representatives to the White House, while the league also just announced the creation of its own Soccer Medical Summit for later in 2014.

The 20-person startup is finalizing plans to sell its software and hardware to the general public soon, and will use the fresh funds to help support the commercial launch.

X2 Biosystems CMO Rich Able said that the ultimate goal is to help keep children safe while they compete on the field.

“Our real mission is to watch over every boy and girl who suits up to play sports in America and beyond,” Able told GeekWire.

Total funding in the company is $15 million, which has come from private investors. Mack, an inventor who previously worked at Nike, Apple and Whirlpool, founded the company three years ago with Rich Able, who worked in the medical device field for 14 years and came up with the idea for X2 after his son was knocked unconscious for one minute during a high school football game.

They aren’t the only ones in Seattle trying to solve this problem. This past November, The Paul G. Allen Foundation put up $2.37 million to fund brain injury research. That money will go to researchers at the University of Washington and the Allen Institute for Brain Science, who will investigate the short and long-term effects of traumatic brain injury for two years.

Related: Get your tickets to GeekWire Sounders Day 2014