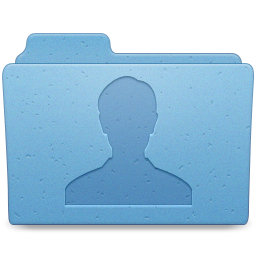 Some users who updated their Macs to OS 10.9.3 yesterday are reporting that their Users folder has disappeared. Like the name suggests, the Users folder holds all of the folders for a given computer, and something about yesterday’s update could cause it to hide itself for some.

While the sudden disappearance may be alarming, there’s nothing to worry about. The folder is still there, it’s just hidden from plain view.

It’s unclear why this is happening, but thankfully, there’s an easy fix.

Open a Terminal window by going to Applications/Utilities/Terminal and then type “sudo chflags nohidden /Users” without the quotation marks. If you’ve never used the sudo command before, the Terminal will spit out a message about how horribly something could go wrong, and then ask for your password.

Type it in and hit enter, even though the cursor won’t move.

If everything works, a new prompt should show up after entering that password. Go back to the finder, and the Users folder should be right back where it was.

People who need their computers to run perfectly all the time may want to hold off on making the update, but it seems safe for most general users.

Just make sure that any computer getting updated has a recent backup, in case something goes wrong.