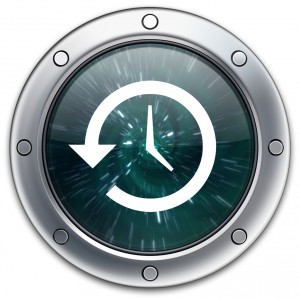 While you’re getting ready for Christmas dinner, the new year is right around the corner. As you’re starting to build a list of resolutions, here’s a great way to level up your geek game in the new year: building a robust backup system.

Everyone says that you should be sure to back up your data, and anyone who has lived through a hard drive crash can tell you exactly why: hard drives fail, sometimes at the worst possible moment, and with so much of our lives stored on our computers, making sure you have a second copy of those family photos can be the difference between having them and losing them forever.

If you don’t already have a system in place, you owe it to yourself to make one happen. Here’s our guide to getting started:

While this is probably a no-brainer for many, using Dropbox, SkyDrive, iCloud, Box, or another, similar online locker system to store documents you wouldn’t want to lose has a number of benefits.

If your computer’s hard drive goes belly-up, the documents are still saved. In addition, many of these services offer mobile apps, so you can access those documents on the go.

Step 2: Back up to an external hard drive 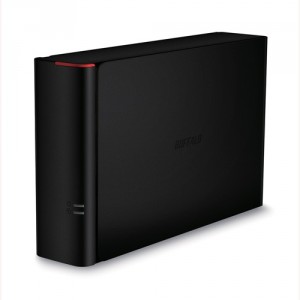 Syncing key files to the cloud is helpful, but that’s not enough to bring a whole computer back from the dead. That’s where an on-site backup hard drive comes in.

If you own a PC, or a Mac with a USB 3.0 port, you’ll get the most bang for your buck with a USB 3.0 external hard drive. The Wirecutter has some solid recommendations for both portable and desktop-based drives, if you don’t have a suitable one sitting around.

However, if you’re a Mac user without a USB 3.0 port, I’d recommend a Thunderbolt-equipped drive. USB 2.0 has always been incredibly slow for data transfer on a Mac, and unless you plan on getting a new computer in the next few months, Thunderbolt will provide a massive speed boost. Our own Todd Bishop has had great success with the Seagate GoFlex 1TB Thunderbolt drive. You’ll see ridiculously fast transfer speeds, and while it may not be as fast as a USB 3.0 connection, it brings some serious performance.

While there are a number of great backup utilities for both Windows and Mac, the built-in backup tools for each OS tend to work well for most purposes. Here’s a good guide to getting them set up.

Step 3: Back up your computer to a cloud backup service

[resolutions]When it comes to creating a backup system, there has always been one key rule of thumb: you want one on-site backup, and one off-site backup. If you’re following the steps in this guide, you already have on-site backup squared away for all your files with a new hard drive, and your key files are backed up off-site.

My top two choices are Backblaze and CrashPlan, which both come with their own benefits and drawbacks. I find Backblaze’s app for the Mac to be less resource-intensive, though CrashPlan’s service comes with a number of power-user benefits, like allowing other people to back up to your computer, and the ability to pay extra and “seed” your backup by mailing in a hard drive with all your data on it.

Depending on internet connection speeds, and how much data you have to back up, it could take a while to get things up to the cloud. For me, it recently took about a month to move 190 GB from my MacBook to Backblaze’s cloud on a not-particularly-speedy connection.

The services do come with some drawbacks, of course. First and foremost, you’re going to be tying up your internet connection to sync files to the cloud from time to time. Second, while cloud backup services aren’t expensive, you may not want to spend $50–60 a year on backing up your computer.

Still, when it comes to seamless peace of mind, you can’t beat a cloud backup service, in my experience.

Bonus: Use Amazon Glacier to keep old files on ice

While it’s not often discussed, Amazon Web Services’s Glacier service is a great way to build a storage system for files that you don’t want to keep on your hard drive, but don’t want to part ways with just yet.

It’ll cost you a penny per gigabyte to store your data with Glacier, and it’ll be saved in the AWS cloud in a way that’s designed to provide more than an average of 99.99 percent durability over a year.

There’s one catch: Amazon says Glacier isn’t designed for frequent withdrawals of information, so they’ll charge you if you pull out more than 1 percent of the data you’ve stored on Amazon’s servers in a given month. (Pulling the same file multiple times counts for each withdrawal.)

I find that Glacier is best in situations where you’d otherwise just end up deleting a file outright. It’s fairly inexpensive, and means that you won’t have to throw out that bunch of home video clips you might want to have in a few years.

If you’re interested in giving Glacier a try, check out Lifehacker’s guide on how to get started. Some of the tips are best for people looking to use Glacier like other backup services, but it’s a good starting point if you just want to use it as digital cold storage.

So, there you have it: a quick guide to fulfilling your New Year’s resolution of building a backup system. Are there any tips you didn’t see but make your workflow? Let us know in the comments. And be sure to check back for further installments in our New Year’s Tech Resolution series, including how to get to inbox zero, and learning to code.