Sorry, Xbox 360 holdouts: In case there was any doubt, Microsoft says Halo 5 won’t be released for its older game console. 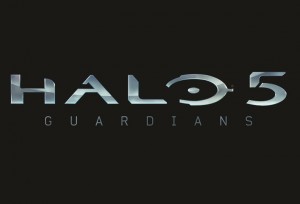 Announcing plans for the game this morning, Bonnie Ross of Microsoft’s 343 Industries said Halo 5 will be developed specifically for Xbox One. Responding to an inquiry from GeekWire, a Microsoft spokesman confirmed that the game won’t be made for Xbox 360.

343’s Ross explains in her post, “In the past, ‘Halo’ games have pushed the Xbox forward, showcasing the console and its ecosystem in entertaining and innovative ways. Making a “Halo” game that runs at 60 frames per second, on dedicated servers, with the scope, features and scale we’ve been dreaming of for more than a decade, is non-trivial.”

She adds, “It’s a task that we, at 343 Industries, are taking very seriously to ensure we deliver the ‘Halo’ game that fans deserve, and a game that is built from the ground up for Xbox One. “

The company has promised to continue supporting the Xbox 360, but apart from the technical justification for targeting the Xbox One, putting the next Halo on the Xbox 360 would also create a business challenge for the company — removing a major incentive for existing Xbox 360 users to upgrade to the Xbox One. Halo 5’s planned fall 2015 release promises to give the Xbox One a bump in sales in its second holiday season.

Halo has been a blockbuster franchise for Xbox, driving sales of the Microsoft consoles since the release of “Halo: Combat Evolved” in 2001 for the original Xbox. The previous installment, Halo 4, was the top-selling game ever produced by Microsoft Studios, based on sales in the U.S.

Earlier: Halo 5 coming for Microsoft’s Xbox One in fall 2015, along with Spielberg’s Halo TV series