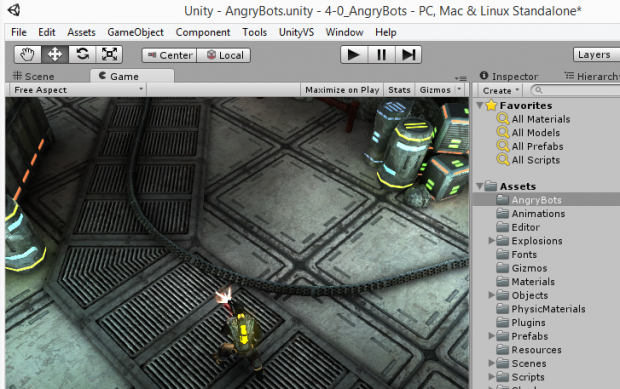 Microsoft has acquired SyntaxTree, the developer of the UnityVS plugin for Visual Studio. The UnityVS tool allows game creators to use Microsoft’s development environment to write, browse and debug code for their games that are powered by Unity, a popular, cross-platform game engine that is used worldwide. The terms of the deal were not disclosed.

Unity makes it possible for developers to port code that was originally written for one platform like the iPhone or Android, and bring it to others, including Windows and Windows Phone.

In the short term, Microsoft will make the UnityVS plugin available for free through its downloads site, so that anyone can choose to start working on Unity games in Visual Studio. The SyntaxTree team will join the rest of the people working on Visual Studio at Microsoft as a part of the deal as well.

“With this acquisition, we have the opportunity to integrate this support for Unity even more deeply into Visual Studio, and to continue to push forward Visual Studio’s support for game developers,” said S. Somasegar, Microsoft Developer Division vice president, in a post announcing the news.

People who have already purchased UnityVS will still have access to their tools, and a post to SyntaxTree’s website said that existing customers will be receiving an email soon about their “ongoing service.”

Further down the line, Microsoft plans to integrate Unity support into Visual Studio proper, and continue to push its development environment as a tool for creating games. That’s a key move for the company, especially as mobile gaming continues to expand, and Microsoft moves to make it possible for developers to build and customize one app for Windows Phone, Windows and the Xbox One.