Trending: ‘Canary in a coal mine’: Seattle marketing tech startup Amplero shuts down, lays off 17 employees
Sponsored by

Matthew Mistele, a high school freshman at the Bear Creek School in Redmond, Wash., likes to play tennis, soccer, golf, and paintball — the typical types of activities you might expect from a teenager. But how many 14-year-olds can say they’ve developed a game for Xbox?

Called “Warthog Wars,” Matthew’s game is available for $3 on the Microsoft Xbox Indie Games Store — complete with multiple game modes, a survival mode, and an Xbox Live mode for online multiplayer gaming. It’s the result of more than 400 hours of development time by Matthew, and about 6,000 lines of code. Windows PC versions of the game are available through his website, matthewmistele.com.

Matthew began programming with Scratch, the introductory programming environment for kids, developed by MIT; and later expanded to Alice, developed by Carnegie Mellon, before moving on to more advanced languages. By age 11, he had decided to make video games, and by age 12, he was creating simple games. He up with the idea for “Warthog Wars” a year ago. He was just learning C# and had never written for the Xbox before.

“To say I’m surprised by the perseverance and passion I’ve seen in my son on this project would be a huge understatement,” says Bryan Mistele, who helped occasionally with bug fixes but says he actaully wasn’t the best teacher, having not written a program himself in 25 years.

Meet our new Geek of the Week, Matthew Mistele, and continue reading for answers to our questionnaire.

What do you do, and why do you do it? I make games and apps for the Xbox 360, PC, and I am learning how to create apps for smartphones. It’s fun to create something from nothing that people would actually enjoy. I also enjoy solving really hard problems and programming is full of them.

Be a future Geek of the Week! Fill out and submit our online questionnaire.

Where do you find your inspiration? My friends – I want to make video games that they would like to play.

What’s the one piece of technology you couldn’t live without, and why? I could not live without my computer, because I use it every day. If I didn’t have it, I couldn’t develop any more games.

Your best tip or trick for managing everyday work and life. (Help us out, we need it.) Break big goals down into smaller, more manageable tasks. Then reward yourself for doing those smaller tasks. Over time, doing all of those small tasks will help you achieve your big goals. Pick a reward that motivates you. For me, it’s playing video games online with my friends.

If someone gave me $1 million to launch a startup, I would … Create the next big smartphone app that everyone needs… I’m working on a few ideas. I was even tempted to make a pitch at the Startup Weekend my Dad took me to. Even without a million dollars, I think I can do this.

Your role models: Ed Fries— He overcame tons of different obstacles to get the Xbox to be Microsoft’s first console (I read a book on this), and of course, my Dad – he started his own super-cool technology company called INRIX.

First Computer: A hand-me-down, outdated Dell workstation from my parents. I quickly out grew it! 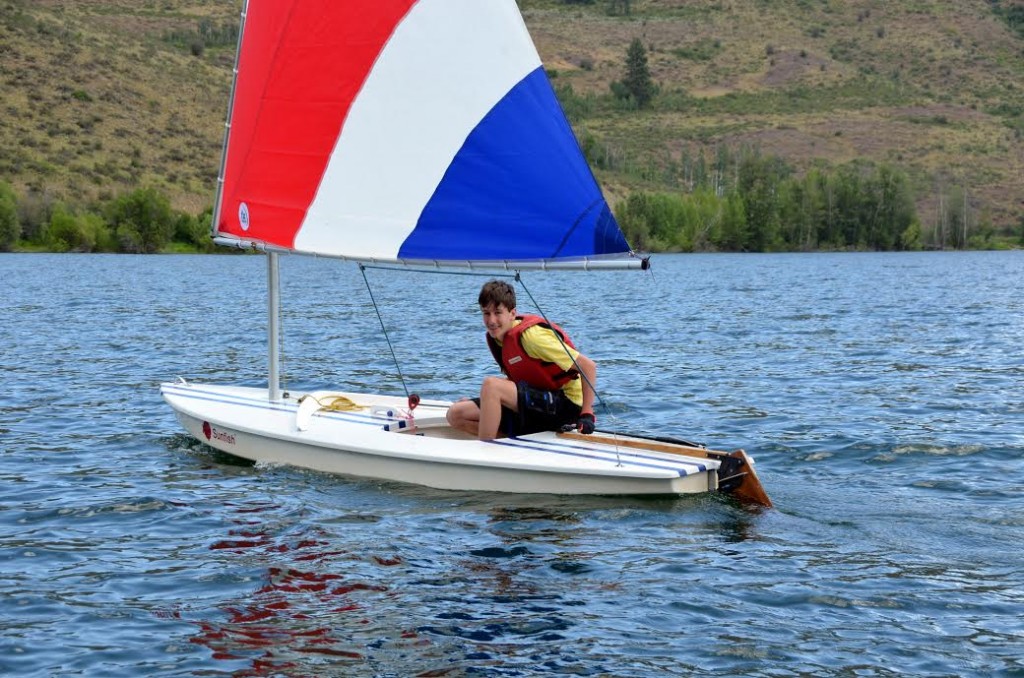 Current Phone: I used to have my mom’s hand-my-down iPhone 3, but I asked for (and got!) a Windows Phone 8 for Christmas. I’m working on developing a Windows Phone app — that’s my next project.

Favorite App: My favorite app is Angry Birds, but my Dad said to say INRIX Traffic. Of course, I’m only 14, so I can’t drive… : )

Favorite Cause: Helping kids – I get to spend my mid-winter break building a house for a family in Ensenada, Mexico. They currently live in a mud hut. Having housing will hopefully allow the kids to attend school rather than working in the fields. I also got to spend a couple of weeks helping kids at Camp Sambica last summer.

Most important technology of 2014: The Xbox One of course!

Final words of advice for your fellow geeks: Never give up! I spent hours on hours working on my game almost every weekend for the past year. My first attempt at Warthog Wars was an epic fail, but I didn’t give up and neither should you! Don’t be afraid of failure — I learned so much from it.