“Our ability to deliver strong returns for our customers through our call advertising products drove another record during the second quarter,” Russell Horowitz, Chairman and CEO of Marchex, said in a statement. .

Marchex, which raised $32.5 million as part of its secondary offering in April, expects call-driven revenue of $178 million in 2014, and more than $46 million in the third quarter. The company’s stock, which is up 75 percent in the last 12 months, was up more than 5 percent in after-hours trading Tuesday.

Here’s a closer look at the Q2 financials: 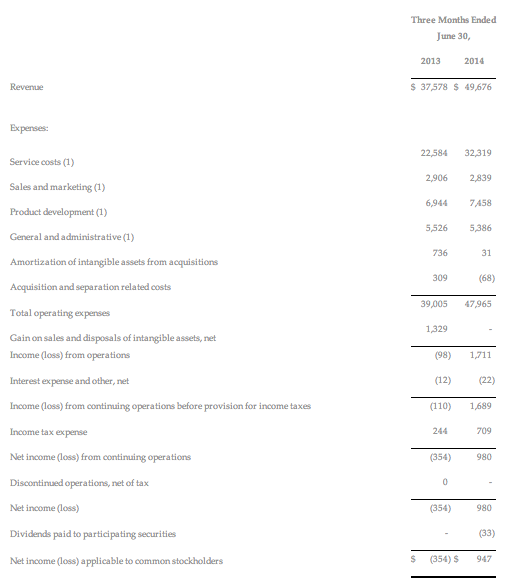