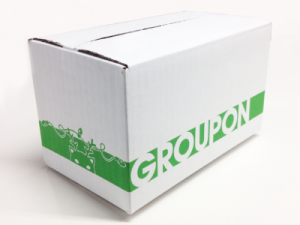 While the daily deals leader said revenues grew 23 percent to $751.6 year over year, it wasn’t enough for analysts, who were seeking revenues of $761.8 million in the second quarter, according to Thomson Reuters.

In after hours trading, investors punished the Chicago-based company, sending its stock down roughly 17 percent to $5.86 a share to hover near Groupon’s 52-week low of $5.18.

Despite top-line weakness, however, Groupon did meet earnings expectations, reporting a profit of one cent a share.

The company also announced that Kal Raman, the former Amazon.com and drugstore.com executive, who has been serving as its COO for two years, will be transitioning into a new role as CEO of the Asia Pacific region, “allowing him to focus on unlocking value for the company’s high-growth Asian markets.” 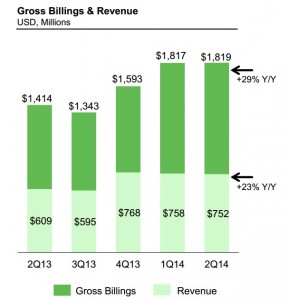 Groupon has been struggling to find its way since the daily deals craze hit an all-time high a few years ago. Since then, it has tried diversifying by selling just about anything, from deals on spas and restaurants, but also clothing and other physical goods, similar to Amazon.

The company’s third-quarter outlook is also light, calling for a non-GAAP earnings per share of breakeven to two cents. Estimates were calling for three cents in the following quarter on revenues of $760.6 million, which are at the mid-range of Groupon’s guidance of $720 to $770 million.

It also revised it’s full-year outlook and now expects adjusted earnings to total of $270 million, down from the previous estimates of $300 million.

Other highlights from the quarter include: