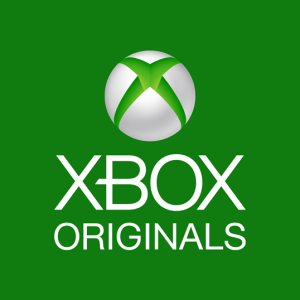 Microsoft finally unveiled its full slate of upcoming original video programming for the Xbox today, and it looks like console owners should get ready for a smorgasbord of content. The company announced that it has 12 shows in the works, half of which Microsoft is “committed” to launching, and half of which are in “development.”

If there’s one property that will be taking the lion’s share of the spotlight, it’s Microsoft’s “Halo” franchise. Microsoft plans to launch a Halo “digital feature” later this year that is produced by Ridley Scott, and it’s still working with Stephen Spielberg on a live-action television series based in the popular game’s world.

Before the launch of all its Halo products, Microsoft will be releasing “Every Street United” in June, a show that features soccer stars Thierry Henry and Edgar Davids travelling around the world to find the best street soccer players.

And later this year, Microsoft will kick off “Signal to Noise,” a six-film documentary series that includes a film about Atari’s burial of unsold E.T. game cartridges in Alamogordo, New Mexico. Last Saturday, the film’s crew unearthed a cache of cartridges from the burial.

The projects in development are an interesting bunch, including an adaptation of Warren Ellis’s novel “Gun Machine,” along with “Fearless,” a reality show about an Australian Navy bomb clearance diver who is out to help people who are risking their lives to make the world a better place.

The shows will be available to owners of the Xbox One, Xbox 360 and “other Microsoft devices.” In its press release announcing the shows, Microsoft touted that each offering would feature special interactive capabilities specific to the content, though it’s unclear what they will be.