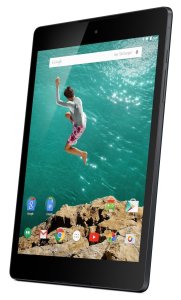 This morning, HTC is offering its brand new tablet, the Nexus 9, for an amazing $200, or half off the sticker price.

The blockbuster price is part of a new Black Friday promotion it calls “Hot Deals.” The Taiwan-based handset maker will be offering a new deal every Tuesday starting at 9 a.m. for the next nine weeks — or until after the holidays.

Many consider the official start of the holiday shopping season to be the day after Thanksgiving, which is dubbed Black Friday. But many retailers, like Amazon, are rolling out deals earlier this year, hoping to grab a larger percentage of a consumer’s budget.

HTC, which is struggling to compete against Samsung and Apple, is obviously taking part in that theory, by offering up its the Nexus 9 for sale — which just became available yesterday.

Is it a little premature of HTC to offer such a steep discount on a device that just became available yesterday? Not necessarily. Amazon recently launched a new streaming device called the Fire TV Stick, aiming to challenge Google Chromecast and other rivals.

For the first two days, it offered the device for $19 instead of the regular price of $39. The discount seemed to prompt people to take action. Those who now order Amazon’s new Fire TV Stick are now being warned they won’t receive the devices until well after the holidays — reflecting either limited supply or strong demand, or perhaps both.

HTC may be looking for a similar incentive. Yesterday, the first round of reviews for the Nexus 9 were published. While the tablet received high praise, reviewers were cautious in recommending it over comparable products.