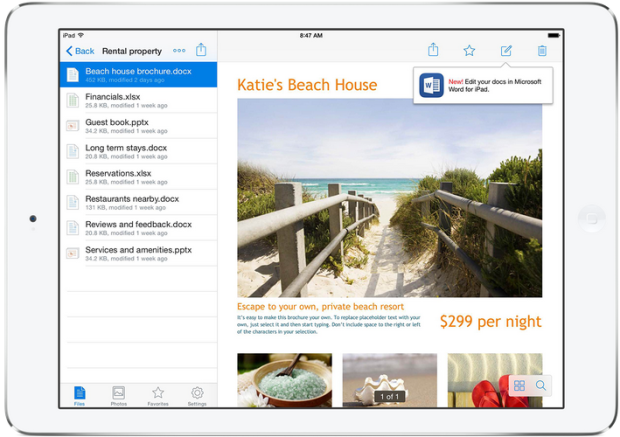 Microsoft and Dropbox announced a key partnership today that will allow Dropbox users to access their cloud-based files while using the web, smartphone, and tablet versions of Microsoft Office.

Those who use both Dropbox and Office will also be able to edit Office files directly from Dropbox and sync them across devices, while having the ability to share Office files using Dropbox’s sharing features.

The combination is somewhat surprising given that Microsoft and its OneDrive cloud storage service directly competes with Dropbox, which says it manages more than 35 billion Office files. 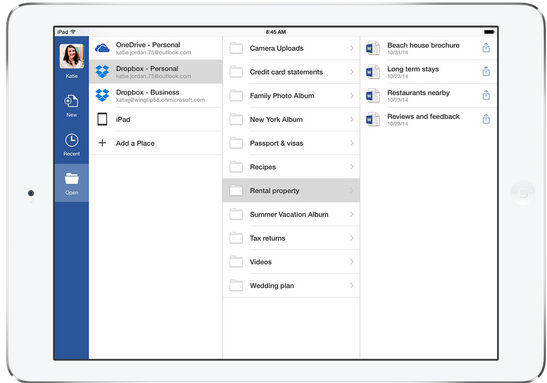 “In our mobile-first and cloud-first world, people need easier ways to create, share and collaborate regardless of their device or platform,” Microsoft CEO Satya Nadella said in a blog post. “Together, Microsoft and Dropbox will provide our shared customers with flexible tools that put them at the center for the way they live and work today.”

The Dropbox/Office integration will be live in the next update to the Office apps of iOS and Android later this month, while web users on Dropbox’s website and Office Online will see the functionality early next year. Dropbox said it will release new apps for Windows Phone and Windows tablet users “in the coming months.”

Microsoft also noted that those with Dropbox for Business will need an Office 365 subscription to access the new feature.