Amazon this morning unveiled the second stage of its Fire TV initiative — a new $39 streaming device called the Fire TV Stick, aiming to challenge Google Chromecast and other rivals in the market for basic video and audio streaming. 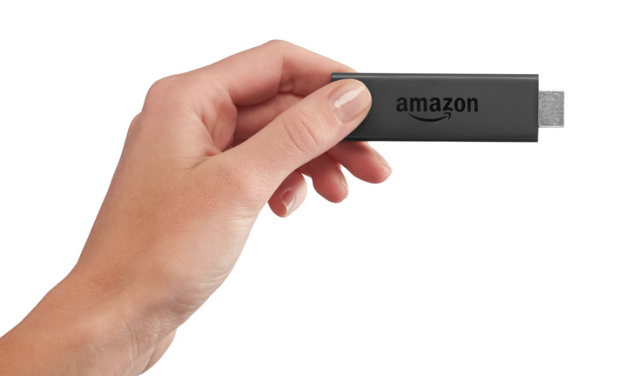 The WiFi-enabled device, with a dual-core processor, 8GB of storage and 1GB of RAM, plugs into the HDMI port on a TV and streams content from services including Netflix, ESPN, Hulu, and Amazon’s own Prime Instant Video, among many others. It can also be used to play video games.

The Fire TV Stick works in conjunction with an included remote, a simplified version of the remote that comes with the $99 Fire TV, the main difference being that the Fire TV Stick remote doesn’t offer voice controls. The Fire TV Stick can, however, be controlled by voice with companion apps for Android and iPhone.

Fire TV Stick has the same on-screen interface as the Fire TV. As with the company’s other devices, the Fire TV Stick is pre-registered to the user’s Amazon account upon arrival, which streamlines the setup process.

The new device ships on Nov. 19. Looking for a big spike in sales at the outset, Amazon says the device will be available to Amazon Prime members (new and existing) for $19 for the next two days.

The unveiling comes after a difficult week for Amazon, which posted worse-than-expected earnings last Thursday and saw its shares decline more than 8 percent on Friday. Amazon shares are up slightly as trading begins this morning.