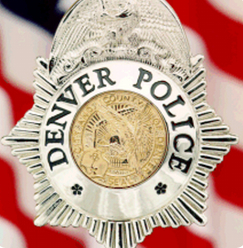 Colorado is the self-described “vanguard” of innovation. But that’s not really how it felt to me on Friday after the Denver police stopped the UberX I was riding in. Here’s the full story, with all of the bizarre twists and turns.

On Friday afternoon, I selected Uber to transport me from a meeting in downtown Denver to the airport. The Uber driver was on time, the car was clean, and I was offered a fresh bottle of water (It was pushing 95 degrees).

Within one mile of the airport, we were pulled over by the Denver Police. Two large SUVs were working in tandem to “radar” drivers — the standard speed-trap ploy.

My Uber driver was tagged and we were pulled over. There was no mention of speeding when the officer approached. The officer, who didn’t identify himself immediately, asked for the Uber driver’s license, registration and insurance (The driver had all of that). The officer then opened the backseat door where I was sitting and asked if I was paying for the ride.

I said what do you mean?

He asked again: Are you paying to have this person drive you to the airport?

I said yes. He then asked me how much I was being charged. I said I didn’t know the exact amount because I hadn’t reached the destination yet. He pushed the issue about the cost and then asked if this was an Uber ride. Both the driver and I said yes. Then the officer asked again how much the driver was charging me. I said the estimate was somewhere in the $35 to $45 range.

The officer then told us that “he was going to educate us on Colorado law today.” Uber was illegal in the state, he said.

The officer then left with the driver’s information.

I immediately started to research what the law was on my iPhone. I discovered an article written by Andy Vuong of The Denver Post from last month titled “Colorado First to Authorize Lyft and Uber’s Ridesharing Services.”

Governor John Hickenlooper was obviously proud of the new law, saying at the time that: ”Colorado is once again in the vanguard in promoting innovation and competition while protecting consumers and public safety.”

The officer then returned and asked the driver whether he had commercial insurance, or a cabbies license. The driver said that he had a cabbie license and gave it to the officer. The officer asked if the car was a licensed cab, or a personal vehicle. The driver said that the car was a personal vehicle and that he was an Uber driver. (This was pretty impressive to me because English was the driver’s second language).

The officer then asked for my license (which seemed odd, uncomfortable and totally inappropriate). The officer returned to his SUV with the lights flashing. (For perspective, both vehicles were pulled over on the left side of an offramp in a recently graded dirt area. This seemed precarious to me, but this is where the officer told the driver to pull over, using his in-vehicle megaphone).

It was about this time that I started to get concerned about my own status. Why? The officer said that Uber was illegal and what the driver and I were doing was against the law.

I then called The Denver Post to speak with anyone in the newsroom about their article. A city desk editor by the name of Francie answered my call.

I explained the situation to her: I was from Seattle. I was trying to get home via the Denver airport. I was in an Uber vehicle, currently pulled over by the Denver Police, with an officer who was telling us that Uber was outlawed.

I asked Francie to verify the law status in the Post’s June 5th news article. She verified that the law had passed. However, she then asked me what I wanted her to do.

I said: (1) either something was inaccurate in her article and I wanted her to do a correction, (2) the officer had a complete misunderstanding of the law or (3) if the article was true, I wanted her to be aware that I had no idea what the officer was attempting to do with my I.D. Was he going to take me to jail, was he trying to scare me, or was it something else? If I was going to go to jail, I figured The Denver Post might want to know about it.

I could see the headline now: “Seattle man arrested for taking Uber to the Denver airport.”

The officer returned to the car, and gave the driver a citation for speeding. He never once mentioned that, and I’m not sure whether he was exceeding the speed limit or not.

After the officer gave the citation, he opened the back door again and offered me a “free” ride to the airport. I told him that I had learned while he was gone that the state had just enacted a law allowing Uber. In fact, I referenced that the Governor was proud of it.

I then asked point blank if what I was doing was illegal. The officer didn’t answer my question, said there was some sort of disagreement being discussed about the law and then he told me that the driver had no commercial insurance and that if he got in a wreck and I got injured that there would be no insurance.

He asked again: Do you want the “free” ride or not?

I asked him one more time if what I was doing was illegal. He said he didn’t want to debate the law.

Again, he asked: Do you want the ride or not?

I can’t remember if I said anything at this time. I certainly didn’t accept his offer, nor did I say no. I just wanted to understand the issue. He then threw my drivers license at me and said suit yourself. He shut the door, returned to his vehicle, turned off the lights, drove through the dirt median area and took off.

Your brain has to make instinctive decisions when stressed or threatened. I feel that I made the right decision, even now that I’ve had a few hours to decompress.

Did I really want to take a ride from an individual who clearly lied to me, then was evasive when I asked one basic question?

Believe me, this is not an easy thing to do when we are taught as youngsters to respect authority, the uniform, the badge, the gun (which was clearly visible in his holster).

The only thing the Uber driver was upset about once we continued our journey was that the officer had driven away before giving us clear and protected access back onto the busy road where he had instructed the driver to pull over.

So, in hindsight, who had my personal safety and interest in mind? The Uber driver.

And here’s the final irony.

When I arrived in Denver the day before, I took a “certified” yellow cab to my hotel. That cabbie was driving while talking on the phone, had an earpiece in his ear and a GPS unit on the dashboard. As a result, he ran a stop sign and we almost were T-boned by a large pickup truck.

I don’t look forward to returning to Denver, but when I do, I’m taking Uber.

Update, July 21: Denver Police spokesperson Sonny Jackson told GeekWire that the department has no information to provide related to this incident and is currently investigating. We’ll post their response once it becomes available.