Apple’s product unveilings are always watched closely, but the company’s big press event this Tuesday, Sept. 9, will carry even more weight, thanks to widespread expectations that Apple will debut a wearable device — attempting to expand beyond the Mac, iPod, iPhone and iPad to make its mark on a new platform.

As with most Apple announcements, the rumor mill has been churning away with plenty of information about what could be coming next. Here’s a rundown of what’s been reported, and our take on what to expect.

Apple is slated to announce a pair of new iPhones at the event: one model with a 4.7-inch screen, and a “phablet” that sports a massive 5.5-inch screen. Launching those would be a big step away from the 4-inch display currently sported by the iPhone 5C and iPhone 5S.

Apple is making the move to a larger screen a couple years after Android devices started launching with bigger displays. The device is also rumored to come with Near-Field Communication (NFC) capabilities, that Apple will use as a part of a payment processing service to allow people to buy goods with their iPhone.

Aside from the display, it’s hard to really know what else the new phones will be packing under the hood. Given past iPhone refreshes, it’s safe to assume that the next iPhones will get better cameras and a faster processor, but beyond that, nobody seems to know the exact specifications of the upcoming devices.

Personally, I’m hoping we’ll see better battery life, and that Apple might consider upgrading the phone’s on-board storage capacity along with the larger size. Knowing Apple, the device will also probably get at least slightly thinner as well.

It’s not clear yet what the two phones will be named, or how Apple plans to price them, though some rumors say that the 5.5-inch model will be more expensive than its slightly smaller counterpart.

If Apple’s past patterns hold up, I’d expect that at least one of the two new models will go on sale Friday, September 19. People who want to take the day to camp out overnight for a new phone may want to block that day out on their calendar.

It’s been a long time coming, but if the avalanche of rumors is to be believed, this is supposed to be the event when Apple unveils its new wearable device. According to the rumor mill, the device is supposed to be wrist mounted, and will probably integrate with the new Health app in iOS 8 to allow people to track their physical activity.

Aside from that, not much else is known about the device. Some people have said that it will be a smartwatch that allows people to view notifications from their iOS device, while others have said it’s going to sport NFC technology to let people pay using their wrist at checkout.

Apple isn’t expected to ship this until early next year, which makes sense. The product will almost certainly be in high demand, and Apple will need the full force of its overseas supply chain to produce enough units to satisfy hungry consumers.

Right now, we haven’t seen any leaks to indicate the wearable is already in production, which leads me to believe that Apple hasn’t yet started manufacturing them en masse, similar to how it handled the iPhone in 2007. 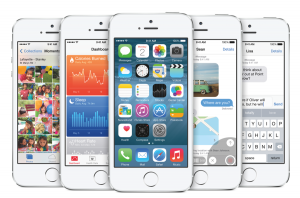 Apple first unveiled iOS 8 during its Worldwide Developers Conference in June, but thus far has only released it as a beta to registered developers.

But the company usually releases a new version of its mobile operating system a few days ahead of a new iPhone, which means that we’ll get another look at iOS 8’s final form along with a release date.

The OS has a bunch of interesting new features, including support for third-party keyboards, interactive notifications, and an extensions system that allows users to interact with one app while using another.

Given the way Apple behaved in the past, I expect that the company will release iOS 8 to the public on September 12.

Sometimes, Apple takes a moment at the beginning of a keynote to show off new or refreshed Mac hardware, whcih could take place here. There have been rumors about the company releasing a MacBook Air with a Retina screen for quite some time, but it doesn’t seem like that device will make an appearance at next month’s event.

It’s also possible that Apple could announce the release of OS X Yosemite, the next version of its desktop operating system. A number of new iOS 8 features rely on Yosemite, including the ability to make phone calls from a Mac, and pass documents over the air back and forth from mobile devices to the Mac. Right now, though, it doesn’t seem like Yosemite is quite ready for prime time, which makes me doubt it’ll appear at the event. 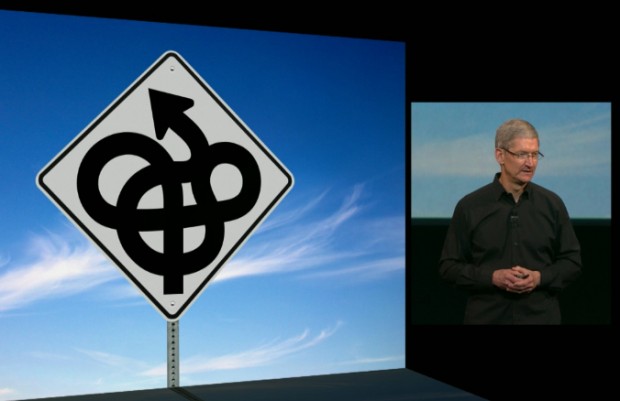 What Tuesday’s event means for Apple

Assuming the rumors are correct, this is going to be Tim Cook’s biggest product launch yet as Apple CEO. That means people are going to be judging his performance on the success or failure of this event. One of the recent criticisms of Apple has been the company’s perceived lack of innovative products, following the passing of co-founder Steve Jobs.

As the logic goes, Cook and company need to set the tech industry on fire with some new blockbuster success, otherwise Apple is doomed. I’m not so sure the situation is quite as dire as some people think, but Apple has been laying the hype on really thick for this particular announcement. It’s clear that the ball is in their court to wow consumers and the industry.

Right now, the wearable market is ripe for Apple’s particular brand of innovation, too. There are a bunch of devices out there from a number of manufacturers that all do different things in certain ways, but aren’t amazing overall products. Google is trying to take a solid chunk of the smartphone market with its Android Wear initiative, but those devices haven’t taken off just yet.

The smartphone market was a lot like that when the original iPhone came on the scene, which means that an Apple wearable could kick off another wave of innovation and growth in the realm of people strapping electronic devices to their wrists.

Apple is streaming the event live starting at 10 a.m. Tuesday. Check back on Tuesday for coverage of the unveiling on GeekWire.