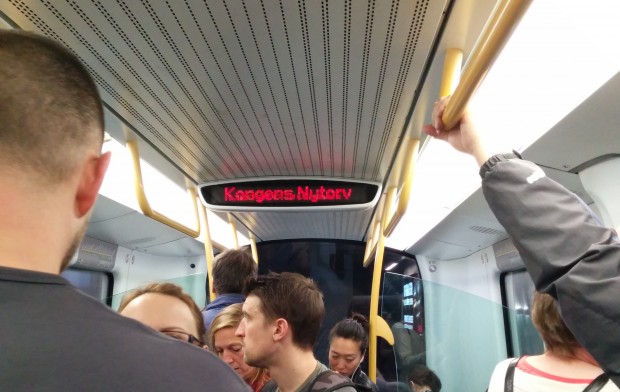 At times, the coolest technology isn’t the bright-shiny object that glares at you demanding recognition of its awesomeness. It’s the type that quietly and discreetly makes your life easier. Even if it’s not in the U.S.

After ten summer days in Denmark, Sweden and Norway, I noticed small tech things stood out. While Seattle’s Ballard neighborhood may be home to lots of the tech industry faithful and Scandinavian heritage, it — and the rest of this country – could benefit from tiny technological tweaks that appear more common in the original land of lutefisk. 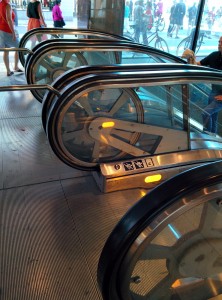 Stealth escalators. Stockholm’s Kulturhuset is a multi-level marvel with several performance, library and art spaces. But it’s just as moving if all you pay attention to are the escalators.

Ignore the fact that, as you approach them, they appear broken. Prepare to place your foot on that first step, and the stairs begin to move. Slowly at first, then accelerating rapidly to normal escalator speed. Now, not every Swedish escalator acts this way (it’d be pointless for those almost constantly in use, such as in Stockholm’s train stations). There also may be similar in Seattle that I have not stumbled across. But if so, we need more. Think of the energy saved. The mistimed metatarsal mergers avoided. And the frustrated small children who can’t run down one backwards.

Driverless subways. It’s no secret – or surprise – that many European cities have mass transit that puts U.S. efforts to shame. (For one thing, a “car culture” never fully took hold, and fuel prices have historically been higher). But Copenhagen’s still-growing Metro subway lines trump many of its continental counterparts. 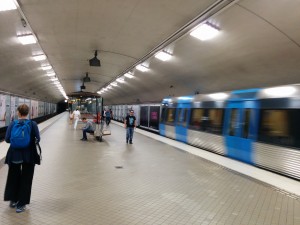 Basically, it has no visible human overlords. Board with your pass in the underground station. Sit in any car. Watch the doors automatically close. Your view is unobstructed by a conductor’s compartment because the subway is fully unmanned as the Metro whips underneath the city on two lines to 22 stations 24-hours a day, with two more lines due to be completed by 2018. If unmanned unnerves, it helps to know that the open station platforms have sensors that automatically stop the trains if any obstructions are observed.

Sure, Sea-Tac and other U.S. airports have driverless trains. But they’re Fisher Price Little People-grade by comparison to this city-wide implementation. Drivers not included. 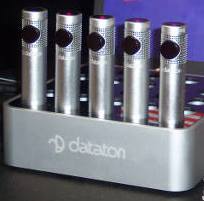 Neuralyzer audio guides. Walk into many U.S. museums and your audio guide will be a choice of a) a device the size of a 1970’s Motorola handheld mobile phone, or b) a device the size of a 1980’s Mattel Speak & Spell. Some, including Seattle’s Pacific Science Center, are going full smartphone with beacon-triggered services like Artifact’s Mixby, but that doesn’t work in settings where not everyone may carry an app-friendly phone.

Stockholm’s Nordic Museum melds visual cool with visitor ubiquity in Dataton’s Pickup. The Sweden-based company’s audio guide device (apparently not distributed in the U.S.) — a four-inch sleek aluminum cylinder less than an inch in diameter — doesn’t require punching in exhibit numbers. Point one end at an infrared exhibit tag, plug earbuds into the other end or use the built in speaker, and click.

And yes, it looks very much like the memory-erasing Neuralyzer from Men in Black. Which would make it perfect for the EMP Museum. Please. 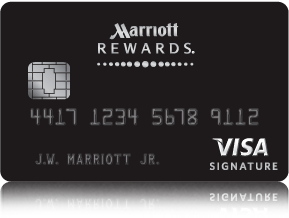 “They,” as any regular European traveler knows, are chip-and-PIN credit cards. These smartcards, with an embedded computer security chip and a required personal identification number (in addition to the magnetic stripe on the back) are the standard in Scandinavia.

Chase and a few others in the U.S. do issue credit cards with chips, but they are quick to tell you these are almost always “chip-and-signature” cards that still require you to sign. Try to use them with a PIN? Your purchase, if it goes through, is treated as a cash advance with the immediate interest charges and fees. It kind of wipes out any benefit of no foreign transaction fee, which Chase also touts. (I know, as I carry a Chase Marriott Rewards VISA).

Some claim this is a minor annoyance. Unless you’re at a train station, as I was in both Copenhagen and Stockholm, and the human attendants swear they have no idea how to take U.S. cards that require signatures, then wait in confusion until you pull out some emergency U.S. twenties which they are happy to accept.

The good news is that U.S. VISA and MasterCard issuers are supposed to start rolling out chip cards by late 2015. (I suspect recent breaches at Target, Home Depot, Michaels and P.F. Chang’s are providing unwanted incentive).

The bad news is that they don’t necessarily have to be chip-and-PIN. Those in tech will recognize much of the reluctance on the part of card issuers as being the classic “installed base” problem: a new card technology requires new retail payment terminals to accept the less fraud-prone plastic. 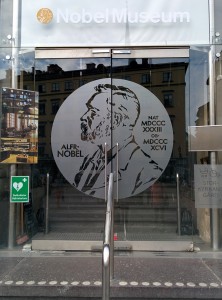 A Nobel-class museum experience. Stockholm celebrates innovation with its Nobel Museum, and Oslo the human spirit with the Nobel Peace Center. Seattle celebrates the former with the Museum of History & Industry’s new Bezos Center for Innovation, and the latter with the Gates Foundation Visitor Center.

But neither have Nobel Ice Cream. This now-ten-dollar-a-scoop confection used to – literally – be paraded out at the end of the annual Nobel Banquets with great fanfare starting in 1976. To diners wearing tuxes and evening gowns. Nobel laureate diners.

What have we got? A nice Almond Roca from Tacoma’s Brown & Haley handed out at the opening of the temporary Chocolate exhibition at MOHAI. That’s hardly in the same league of exclusivity.

It is true that Stockholm does have the only Tully’s in Europe (I happened to stumble across it and had a delicious espresso milkshake). Yet we must have some other treat with which we can innovatively compete.

Get on it, Seattle. Then we’ll see if Scandinavia likes importing a bit of Ballard heritage.